Turns Out Funny or Die Was Behind the Hoverboard Hoax [Updated]

Die. Definitely die. I'll be weeping alone in a corner if anyone needs me.

[Update] Funny or Die apologized for the hoverboard hoax with Christopher Lloyd, and it pokes good-natured fun at anyone who actually got upset and didn’t just make jokes about it. Or both, but who cares, because Christopher Lloyd is the best. 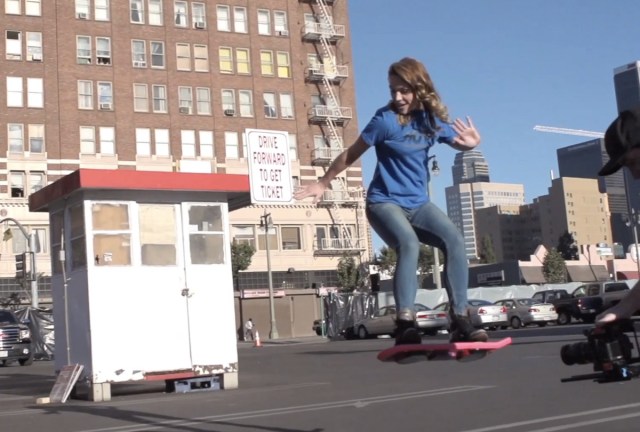 The Internet has been all over the HUVr hoverboard hoax with its videos of celebrities like Tony Hawk and Christopher Lloyd floating through the air on a replica of the pink hoverboard from Back to the Future II. However, because the universe is a cold, indifferent place, it’s assuredly not real, and it turns out Funny or Die was behind it.

If anyone actually believed the hoax in the first place, I’m going to go ahead and assume that was more out of willful ignorance than anything else, because pretty much everyone on the planet would go bananas if the hoverboard actually existed. I mean, the entire world would come to a halt, because all we’d do all day is fly around on our own scientifically advanced skateboards, play with our self-lacing sneakers, and eat instant pizza.

Still, we weren’t really sure what its purpose was, and that speculation was exciting all by itself, because something new in the Back to the Future universe could be very exciting. Well, that hope may also be dashed, because it’s now a near certainty that Funny or Die was behind the whole thing, so it may just have been a really mean practical joke on us geeky Internet types.

The proof is on the online résumé page of Lauren Biedenharn, on which she lists herself as Assistant Wardrobe for the videos and the employer as Funny or Die. Whoops. It’s since been removed, but as of this writing, you can check Google’s cache (thanks to Mashable) if you’d like to see proof of the man behind the curtain for yourself, because the Internet is forever.

So, sorry everybody. If this is a viral marketing stunt, it’s more likely for Funny or Die than for anything Back to the Future related, so they’ve  successfully shattered our hopes and dreams twice in one week. I’m sorry. I’m so, so sorry.

(via Mashable, image via HUVr)