This Is Heavy. The Back to the Future Musical Is Real 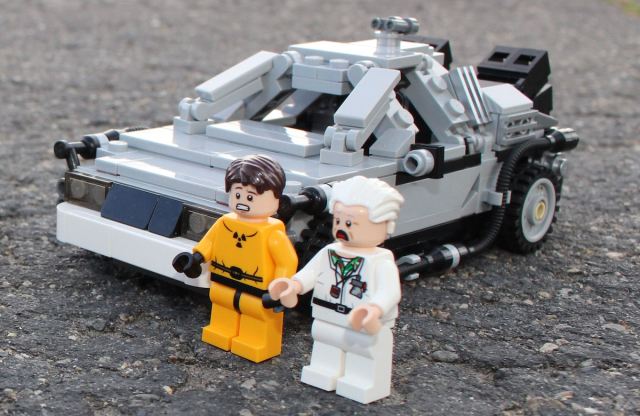 OK, so the 2015 that Marty and friends travel to in Back to the Future: Part II isn’t exactly going to be the 2015 we live in. While I’ve been able to get over that fact so far, news of a pending Back to the Future musical has pretty much assured me that our 2015 will be about as good as the bizarro 1985 that Biff creates in the movie.

The news comes directly from Back to the Future series co-writer Bob Gale, who just a few years ago told fans that rumors about a Broadway musical weren’t true, which was apparently just a technicality, since this musical will begin in London in time for the series’ 30th anniversary next year. You writers and your tricky way with words.

Back to the Future is pretty much the greatest time travel movie of all time (what? You wanna fight about it?), so at least the silver lining here is that director Jamie Lloyd has said that they’re not planning on trying to directly recreate the movie on stage. They’re also going to use a lot of the original music from the movies, so there should be plenty of Huey Lewis and the News to go around.

Anyway, if people aren’t going to leave well enough alone with Back to the Future, at least it’s not an unnecessary theatrical remake. That way, it’ll be easier to pretend it didn’t happen. Or, if musicals are your thing, who knows? With the original writers involved and no intentions to try to outright remake the movies, maybe it’ll just be like a fun tribute.

Yeah. I’m going to hope for that. Here’s what Bob Gale has to say about it, courtesy of BTTF.net:

The Back to the Future Musical is a project that Bob Zemeckis and I have been exploring for almost ten years. We’re thrilled to be at last in partnership with a creative and producing team that will create a show that is true to the spirit of the film without being a slavish remake. Director Jamie Lloyd is full of passion, energy and imaginative ideas and we are overjoyed to have the film’s composer Alan Silvestri composing the music, with lyrics by Glen Ballard who has also collaborated with Zemeckis before on many projects. With all of us working together, we know the integrity of the material will be preserved in a production that will be a wonderful companion to the Trilogy. We intend to use music from the movie along with brand new songs to make a version of Back to the Future that is fresh, entertaining, and takes advantage of all the amazing things that can now be done on stage. We can’t think of a better way to celebrate the 30th anniversary of the film.

You know what would be a better way to celebrate? Flying cars, Mr. Fusion, hover boards, and instant pizza. Thanks a lot for a probably disappointing 2015, real life.