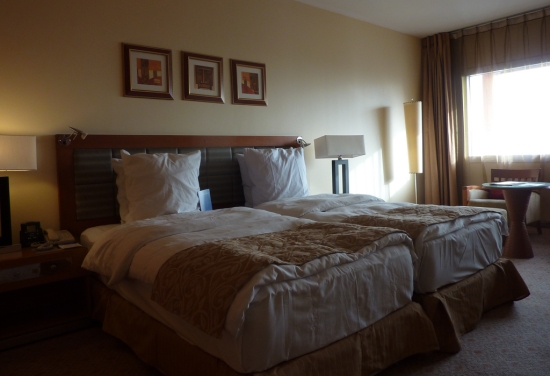 Remember that hotel lock exploit we reported on back in October? Well, that was actually just a demonstration of a ridiculously small version of a hack unveiled back in July by Cody Brocious. See, hotels around the world use Onity locks, which just so happen to include a digital access area that anyone with the know-how can use to pop the lock. As it turns out, this isn’t just a theoretical exercise. Thieves are actually out there using this exploit to make off with things like laptops.

The room’s lock hadn’t been picked, and hadn’t been opened with any key. Instead, it had been hacked with a digital tool that effortlessly triggered its opening mechanism in seconds. The burglary, one of a string of similar thefts that hit the Hyatt in September, was a real-world case of a theoretical intrusion technique researchers had warned about months earlier — one that may still be effective on hundreds of thousands or millions of locks protecting hotel rooms around the world.

Though these thefts date back to September, it’s not a stretch to say that folks are probably still sneaking into the hotel rooms of others in order to make off with goodies. It’s just too simple to resist for the digitally-inclined thief.

(via Forbes, image via Bryn Pinzgauer)