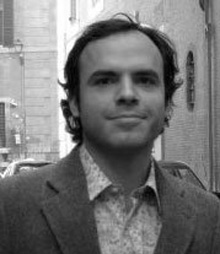 Hossein Derakhshan, the pioneering Canadian-Iranian blogger who was arrested in 2008 for allegedly undermining Iran’s ruling regime by cooperating with Israel, has just been sentenced to nineteen and a half years in prison by Iran’s revolutionary courts for the crime of “cooperation with hostile states, propagating against the regime, propagation in favor of anti-revolutionary groups, insulting sanctities, and implementation and management of obscene websites.”

While initially relatively liberal, pro-free speech and in favor of a less strident position with respect to Israel — he wrote that “The Islamic Republic has long portrayed Israel as an evil state, with a consensual political agenda of killing every single man and woman who prays to Allah, including Iranians. I’m going to challenge that image” — Derakhshan had actually veered in favor of the Ahmadinejad regime after a stint abroad. However, when he went back to Tehran, he was promptly arrested.

While there’s the tiniest glimmer of relief here — Derakhshan faced the death penalty — it’s still an alarming sentence and a harsh blow against free speech. Reporters Without Borders state that “this case, fabricated from start to finish, shows that part of the regime wants to make Hossein Derakhshan into an example.”

(International Campaign for Human Rights in Iran via @jeffjarvis. Title pic via CBC)