The Politics of 'The Purge' Franchise | The Mary Sue

The Ever-Expanding Social Conscious of Horror: The Politics of The Purge 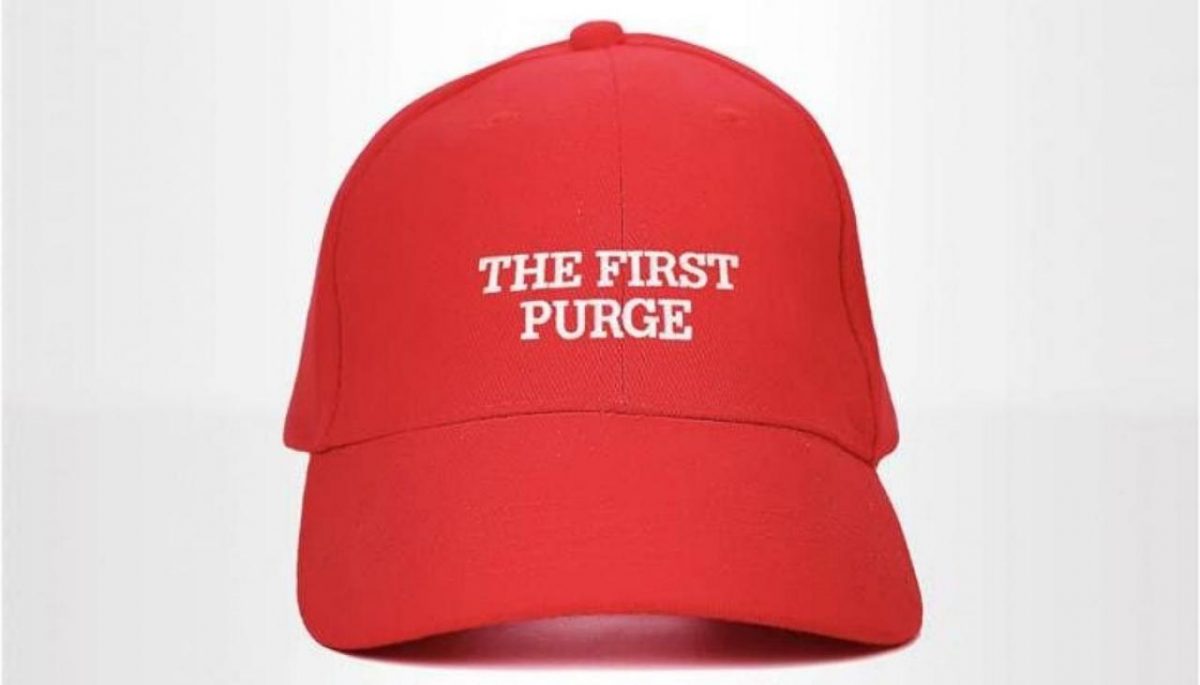 There is a very, very strong case to be made that genre films can be the best vehicles for social commentary, and horror is no exception. In fact, horror can be one of the most subversive genres, and has been for the better part of cinematic history.

From fears of nuclear annihilation to commentary on repression in American society, horror auteurs have tackled the deepest and darkest corners of modern life to craft ghost stories and unholy nightmares. Now, horror films are becoming even more explicitly political, eschewing subtlety in favor of crafting truly unsettling tales.

Take Blumhouse’s Purge franchise, a heavy-handed yet fascinating take on American class warfare and racism; this is not a sentence anyone would have expected to be about a seemingly forgettable home invasion film. The first Purge (in the franchise, not the fourth installment titled The First Purge) centered on a wealthy white family who do not participate in the national purge, the one night a year that all crime, including murder, is legal. Their young son offers shelter to a black man who is escaping a crowd of young, white, make-America-great-again men and women, and as a result the family must defend themselves from the mob. There are conversations about whether or not to turn their guest over to the purgers. There’s commentary on jealousy over wealth, and whether or not the purge actually works. But overall, the film doesn’t delve deep into the world outside the family’s mansion.

The second film, The Purge: Anarchy, turns that on its head and embraces the political head on. There’s commentary on the commodification of violence against people of color by white people, especially rich white people. While the protagonist of the film is Frank Grillo’s father on a revenge mission, the heart of the film is centered on Latinx family—a mother and daughter—who suffer a tremendous loss towards the beginning of the film.

The film has plenty of violent action, but keeps the focus on how the New Founding Fathers of America, the political party that describes itself as a “regime” and that seized power during a time of political and economic unrest, is using this night to enact violence against the lower classes, and especially people of color. The political figures we see are all older white men, and the leader of the resistance is a black man. It couldn’t get more explicit than that.

Of course, the franchise did. The Purge: Election Year played out like a nightmare before our own 2016 election (and gets more horrifying watching it after Trump emerged as the victor). Grillo returns, except his character is now secret service to a progressive Presidential candidate played by Elizabeth Mitchell, who wants to abolish the purge. Her opponents use the night as a chance to attempt an assassination, and Mitchell and Grillo’s characters find themselves on the streets of DC, where they are aided by a handful of people who also oppose the purge, including a young woman who drives around giving medical aid to those who find themselves injured during the mayhem.

Spoiler alert: Mitchell’s candidate survives and wins the election, but the film ends on a grim note: the NRA and supporters of the NFFA are beginning to riot around the country (yes, gun control is a major issue in these films; how else are people able to commit legal mass murder).

The First Purge, which used Trump-ian imagery to market the film, is the first movie in the franchise centered entirely around characters of color, namely black characters, with white characters serving as the villains. There’s commentary on how 54% of white women supported Trump in Marisa Tomei’s social scientist, who develops the purge at the cost of her own soul. There’s commentary on how rich white people use monetary gains to oppress poorer people of color, as a low-income community on Staten Island is offered $5,000 a piece to stay and participate in the purge experiment. The villains use white supremacist, police state, and KKK imagery to torture communities and characters of color; in one horrifying moment, a black man crawls away from armed cops on a baseball field as “America the Beautiful” plays in the background.

There’s even a commentary on the #MeToo movement and the Women’s March; as a warning, this section contains discussion of sexual assault and graphic language. The lead female protagonist, played by Lex Scott Davis, is dragged to the ground by an unseen assailant. A man, wearing a baby doll’s face strapped to his own, appears from the sewer and gropes her. She maces him in the face, kicks him away, and runs, calling him a “p*ssy grabbing motherf*cker.” In the post-Trump era, there is no way that they didn’t intend this moment to be a direct pro-women, anti-Trump moment.

The film ends with the three leads emerging into the sunlight having survived the night. When asked what’s next, drug kingpin turned John McLane-esque hero Dmitri (Y’Lan Noel) says “we fight.” It’s a call to arms, a pro-#Resistance film that is urging the audience to take a stand against injustices. It is nearly impossible to argue otherwise. The film opens with a montage of a country gripped by political unrest as a Tea Party with an even more vicious streak emerges to gain power, backed by the NRA (a billboard that reads “defend the Second Amendment” appears prominently in one scene). It set an unsettling, horrifying tone for the rest of the movie that’s strikingly different from the first film in the series; this seems more and more likely to actually happen than it did back when the first film in the franchise was released.

The films are known for their striking imagery of masked purgers who take American imagery and twist it for brutal purposes. Election Year sees visitors from foreign countries—dubbed murder tourists—donning costumes to look like the Founding Fathers and the Statue of Liberty as they kill American citizens. It also has the striking image of the word “purge” painted in what looks like blood on the columns of the Lincoln Memorial. The commentary is somewhat inescapable—this film is the dark side of the American dream, reflecting elements of our society that we pretend do not exist.

There is a darkness in our culture, one that thrives on violence aimed at communities of color. The Purge franchise simply posits a world in which there are no social mores by which we pretend our nation does not have this darkness, and what’s most frightening is that it seems more real with each passing year.

Of course, the franchise is not without flaw, though I’ve spent 1000 words praising it. The writing is consistently bad, with the dialogue hammering home themes instead of letting the audiences decipher them on their own. The franchise is also obsessed with set pieces that sometimes push the boundaries of reality, though this is somewhat understandable as audiences do like to root for a hero. It’s not perfect by any stretch of the imagination. However, its attempts at engaging in the culture are admirable, and it proves that Blumhouse might have a social conscious after all.

This fall will see the debut of a Purge miniseries, which already looks to have the same striking imagery as the feature films do. Time will tell if it has the same social commentary that its cinematic counterparts do, but as the country continues to remain in a state of political disaster, Blumhouse will have plenty of real life atrocities to mine from to continue the franchise for the foreseeable future. Let’s just hope when 2021 hits, we’re not actually living in the Purge universe.