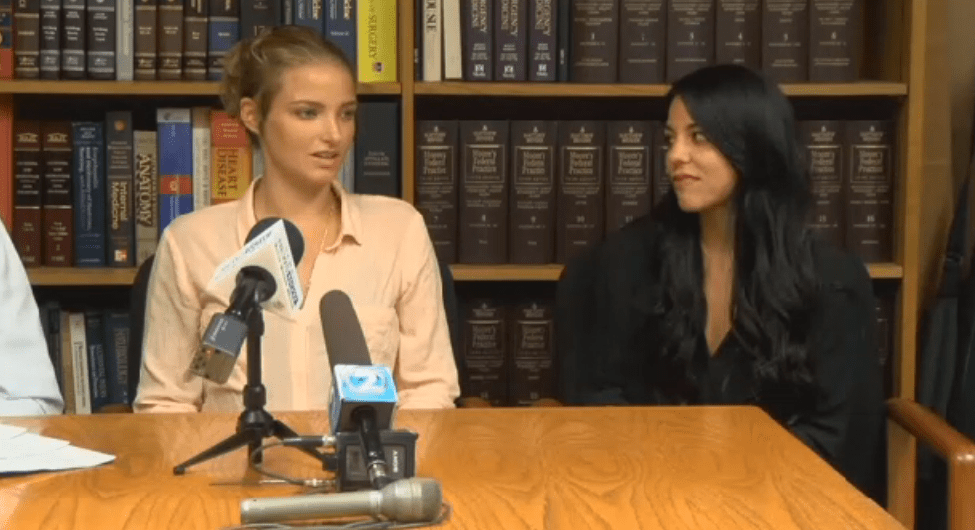 Back in October, we reported about a lesbian couple in Honolulu, HI, Courtney Wilson and Taylor Guerrero, who’d been arrested for kissing in a grocery store. They have finally gotten some justice.

An off-duty cop, Bobby Harrison, saw them, and not only harassed them for kissing long after the kissing had stopped and followed them to the checkout line, but after shoving Guerrero, he punched Wilson when she tried to get between them. The couple ended up spending three days in jail for “assaulting a police officer,” paying $1,300 each for bail, and couldn’t leave Honolulu, where they were visiting, for months. Meaning they had little money and no jobs. They slept in a park for several days.

Now, Wilson and Guerrero have won a lawsuit that got them $80,000 in damages for their suffering. However, in exchange for that, they have abandoned their charges against Officer Harrison. According to Jezebel, Wilson stated that the lawsuit wasn’t about monetary compensation, but rather, “For the publicity that it has gained, I hope that people saw it and it gives them inspiration to stand up for the civil rights that we have and to not tolerate bigotry behavior like that because it’s not acceptable.” Meanwhile, the Honolulu PD is conducting its own internal investigation into Harrison.

Wilson and Guerrero are no longer together, and while Guerrero remained in Honolulu and Wilson returned to Los Angeles after the incident, they are still good friends and will be splitting that award money once their legal fees are taken care of. Though they hope that Harrison will face some sort of punishment for his actions, Guerrero is “just glad it’s over with.”