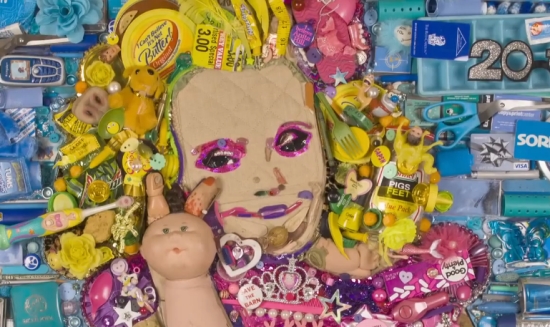 Six-year-old Internet and reality television sensation Alana Thompson is better known to her fans as Honey Boo Boo. Her and her family’s antics have captivated audiences in much the same way as a train wreck captivates bystanders. Folks just can’t look away. Seeing the potential here, artist Jason Mecier has made a portrait of the young star. The catch? It’s made entirely out of trash.

Here are a few highlights of the things Mecier used in the portrait, presented without further comment:

There’s really nothing left to say.