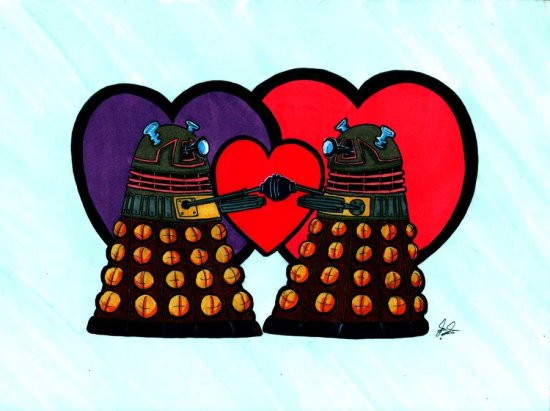 The abandoned Dalek found in the West Exe Learning Centre in St. Thomas, England has been given a new home in the film and television memorabilia store of John Hedlow, at least until it gets fixed up and sold for charity.

Mr. Hedlow was motivated by pity for the alien menace:

I felt so sorry for him being stuck in a school cupboard so I’ve brought him to the shop and he is stood next to the other Dalek.

…wait, what? You fools!  Now they can collaborate!

(This is Exeter via Boing Boing. Pic by spankingfemfatale.)