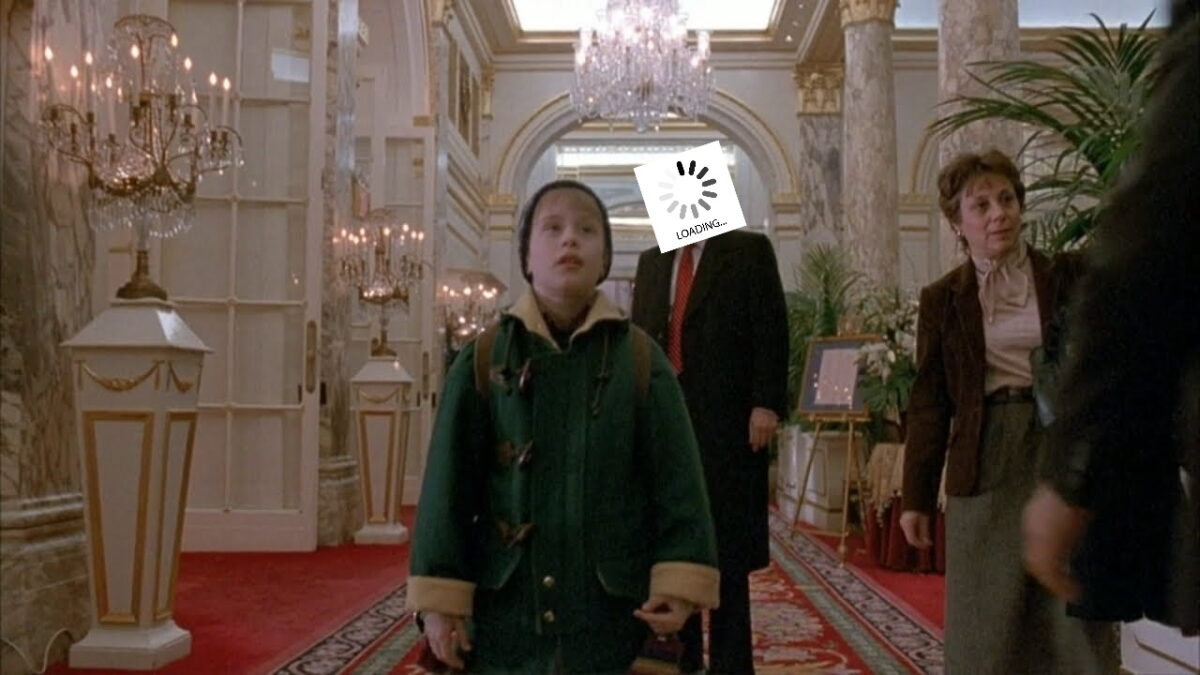 Ah, Home Alone. A beloved holiday movie franchise about the importance of family, having Saw-like traps at the ready to protect your home, and feeling an unsettling sense of dread when you remember that there’s a Donald Trump cameo in the second film.

I’d actually forgotten that he was in the movie until CinemaSins added an astronomical amount of sins to the Home Alone 2: Lost in New York count back in 2019, but there he was, giving Kevin McCallister directions so he could embark on his solo adventure in New York.

From 57 to JESUS CHRIST!

And like, it’s not the longest cameo in the world, and there’s no way anyone involved in the film would’ve had the sense to timewarp to the future to see exactly who Donald Trump would become, but when I see the scene it ruins my childhood dreams of going to the Plaza Hotel and harassing Tim Curry.

So the Internet did what it does best and called for the removal of one Donald J. Trump from office—my bad, I meant to say that they called for his removal from all social media platforms—crap, my bad AGAIN, he’s been getting removed from a LOT lately, I meant the movie, yeah, that’s the one. I mean if Twitter could finally do it why not 20th Century Studios (formally 20th Century Fox)?

However, I don’t think anyone expected Macaulay Culkin to weigh in on the whole thing.

Yes, my fellow nostalgia media watchers who cringed when you marathoned The Fresh Prince of Bel-Air on HBO Max and forget that Trump was there, too (and if you forgot, I’m sorry to remind you of more 90s era Trump), in the case of Home Alone 2: Lost in New York, Kevin McCallister himself says that he’s 100% on board with Trump being removed from the film.

Dear Racheisok. Thank you for even suggesting this wild idea.

Honestly, that would make for an interesting movie, yeah? Maybe older Kevin could tell his past self that he’ll, inevitably, miss his family (like always) and run into the Wet Bandits (like always) and to maaaaaybe not spend so much money with his dad’s credit card.

Ok sure, that’s a bit of an unconventional idea, so maybe just delete Trump entirely.

Designer Max Schramp really did the damn thing on that one. He even took the time to mute Trump’s dialogue, something I’ve been desperately trying to do for his entirety in office. Bravo indeed!

Of course, this is all in good fun, no one’s going to actually cut Donald Trump out of the movie.