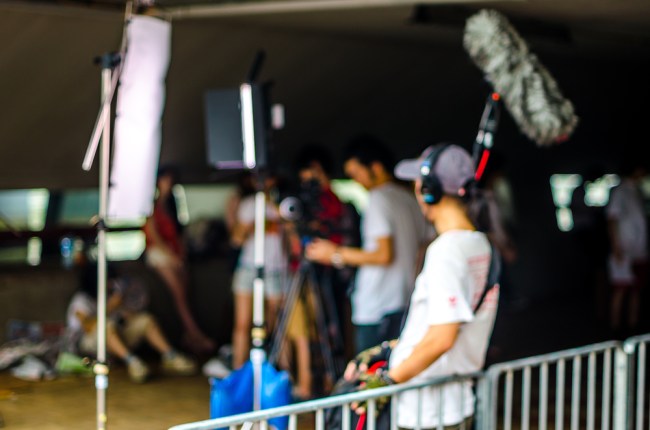 With so many women sharing their stories of sexual harassment and assault, a light is finally being shined on the abuse women face in nearly every professional industry. (And pretty much every non-professional aspect of their lives as well.) But with big stars bringing attention to men abusing their very public power, it can’t go unnoticed that while all women face harassment, it took a certain kind of woman to capture the public’s attention. It took the power and glamour associated with celebrities and other Hollywood players to finally turn this into a national conversation. And while this conversation is an important first step, it seems naive to think it would guarantee the same attention for women in other fields. Harvey Weinstein was outed, as were other prominent men and powerful men in Hollywood in general. But we need to be asking what the next steps are to make sure this refusal to stay silent on issues of harassment, and the widespread respect accusers are currently seeing, extend to all women, regardless of fame or public opinion.

Even now, even within the same entertainment industry occupied by the more famous women calling out Weinstein and his ilk, other women are still being ignored. We’ve talked about what it’s like to be a woman in entertainment, and all the harassment and abuse that plagues the industry, as well as the workarounds so many women have had to invent to avoid more harassment and abuse. The Hollywood Reporter has interviewed more than two dozen women who work in Hollywood as “below-the-line” crew members, who don’t have the protection that comes with the platform of celebrity. Nearly all of them have experienced workplace harassment, either verbal or physical (or both). More than half reported being harassed by the director on set.

Navigating potentially dangerous or offensive men is a part of their job, as it is for women in all different fields, down to dictating how they dress. In that thread of women’s experiences Kaila shared last week, some described having to wear makeup in order to get noticed by colleagues. Here, one woman describes the opposite tactic employed by many female crew members: “A lot of women try to be androgynous. No makeup, jeans, a baseball cap.” That’s the double-edged sword of harassment.

These crew members talk about the widespread harassment from department heads and their fellow crew. One describes being physically assaulted by her supervisor hours after a full-crew harassment seminar. Many insisted on anonymity because despite the public outpouring of support for celebrities sharing their stories, what protection is offered to those without a famous face?

After experiencing harassment at work, one woman says “I was told, ‘Don’t report it. It will ruin your career.’ Any male producer will think, ‘She is a liability and we can’t hire her.’ It’s the reason no one below the line is coming forward.”

Another woman says her harasser “taunted” her, asking “‘What are you going to do, call HR?’ Human resources is not there for us; it’s there for the company. To protect it from a liability.”

The multitudes of women speaking out about Harvey Weinstein, like those sharing their #MeToo stories online create a force far more powerful than their sum of their parts. That many similar stories have the power to convince the world that harassment is not just a series of individual experiences, but as a systemic, cultural epidemic. Despite being a strictly regulated, unionized industry, Hollywood’s below the line employees don’t have the same protection of power in numbers.

Hollywood has declared loudly that they want a culture shift. They won’t tolerate Harvey Weinstein specifically, and hopefully they won’t tolerate other powerful producers preying on actresses. But what about directors assaulting or harassing a PA? What about a department head hitting on an employee? What about one crew member assaulting another? For real change to happen, we need to view these scenarios as being as fundamentally unacceptable as Harvey Weinstein asking actresses for a massage in his hotel room.

We are potentially primed for a substantial shift in what we will accept and/or are willing to ignore on a society-wide scale. Women are speaking out and saying they will not tolerate men preying on them, that they will not stay silent or rely on shame-based, hushed “whisper networks” to protect themselves, and a lot of men are listening and adding their voices to that message.

But it’s no coincidence that it took celebrities to finally bring this conversation out into the open. And it will be meaningless in the grand scheme of things if we see the work as being done and assume the door is now open for all voices to be heard. So long as an HR department or potential employer can hear a woman’s story of harassment or assault and view it easier, or in any way acceptable, to remove her, rather than the perpetrator, these strides we’ve made will be for nothing. Just as we discussed in regard to the shortcomings of the #MeToo campaign, we need to be talking about who is being overlooked in the dominant conversation.

In the meantime, let’s look to this sound mixer, Carrie Sheldon, who didn’t wait for HR to ignore her. Telling THR about a crewmember who got “handsy” at work, she said, “I tried to be nice,” but when he persisted, “I stabbed the guy with a fork.”