Filming on The Hobbit Movie to Begin in June July 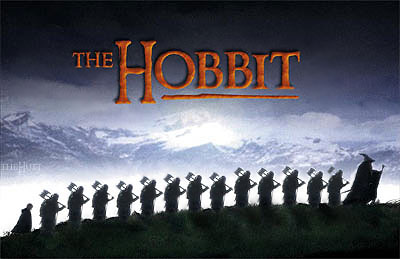 The Hobbit’s, two films, start shooting in New Zealand in June.  Filming will take over a year. Casting in Los Angeles, New York City and London has started.

Update: McKellen has since changed his webpage to read “July.”

Considering the length of the shoot (and IMDB) Part I will probably release in 2012, and the films will likely be shot at the same time, just like LotR before them.

We would like to remind our audience that these movies have not just Peter Jackson and Guillermo del Toro, working on them, but also Mike Mignola.  Not to mention that a large portion of the original cast is revisiting their roles.  How could it possibly go –

Wait.  Oh god.  What if they shoehorn Legolas into the Mirkwood stuff?