#Hill4Ham Might Be The Most Ingenious Fundraising Effort Ever

But what did Clinton think of Glenn Close's Tony performance? 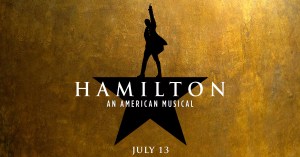 It pays to be a Hillary Clinton supporter–especially when the perks are an exclusive performance of Hamilton.

The Democratic Party nominee may have just officially raised the stakes in terms of fundraising–a special showing of the musical will be held in her honor on July 12, with an additional 11:30 a.m. matinee being added to the cast’s typical slate of eight shows per week.

Since the Clinton campaign has bought out the entirety of the Richard Rodgers Theatre for the performance, tickets are being offered at a minimum of $2,700 a pop to supporters–which, given the rate that normal Hamilton tickets start at, isn’t that extraordinarily high. (Currently, premium seats for the musical are at a high of $849–and if you’re trying to buy resale, that number rockets even higher.)

The campaign is also hosting an online raffle for those who can’t cough up that kind of cash to attend–currently, two seats are being offered up for the performance (including flight and hotel expenses). Think of it as yet another online lottery shot (and hey, you know what Hamilton says about throwing those away).

As The Hollywood Reporter notes, however, the special #Hill4Ham performance likely won’t feature original cast members Lin-Manuel Miranda, Leslie Odom, Jr. or Phillipa Soo, as the three are expected to leave the show officially on July 9 when their contracts expire–three days before the Clinton fundraiser.