Highlights Magazine, a Staple Of Childhood, Takes a Political Stance On Detention Facilities For Children

We couldn't be prouder. 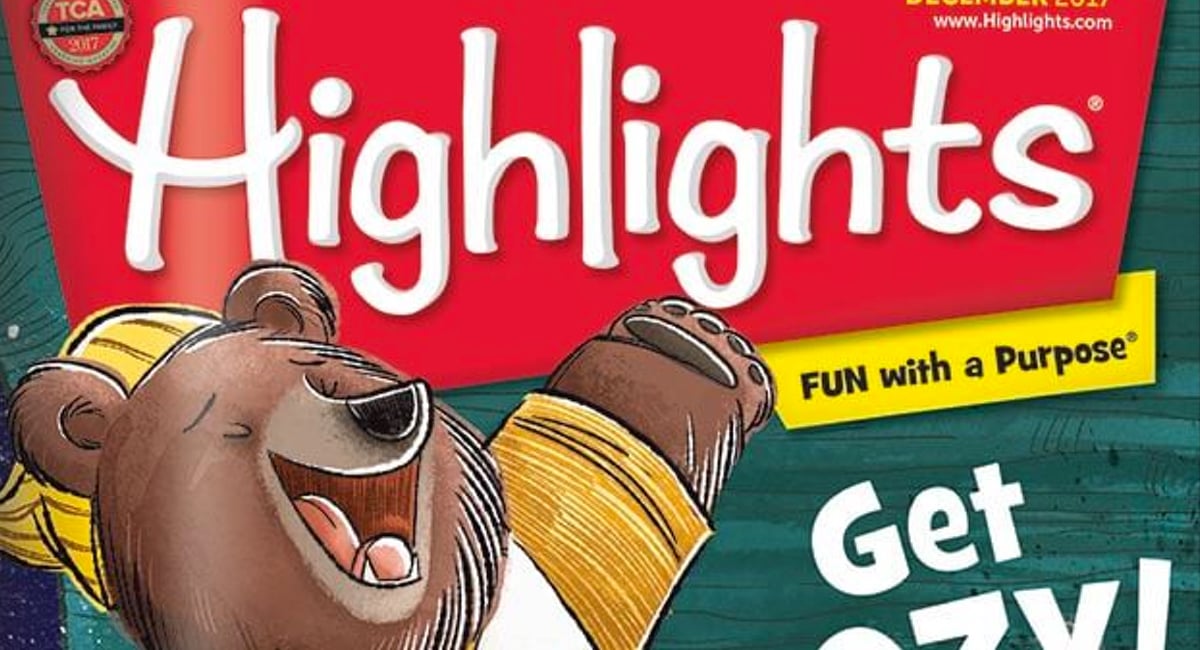 Highlights magazine was always a delightful part of childhood. With charming comics (I still think about Goofus and Gallant to this day) and fun activities, it was basically the key text of childhood. Thankfully, this childhood favorite did not turn out to be problematic, with the CEO of the company stepping forward to take a strong political stance against the detention camps at the border.

At Highlights, our core belief is that children are the world’s most important people. In light of the reports of the living conditions of detained children & threats of further deportation & family separation, here is a statement from our CEO Kent Johnson. #KeepFamiliesTogether pic.twitter.com/CNF5LTv4az

As a company that helps children become their best selves—curious, creative, caring, and confident—we want kids to understand the importance of having moral courage. Moral courage means standing up for what we believe is right, honest, and ethical—even when it is hard.

Our company’s core belief, stated each month in Highlights magazine, is that “Children are the world’s most important people.” This is a belief about all children.

With this core belief in our minds and hearts, we denounce the practice of separating immigrant children from their families and urge our government to cease this activity, which is unconscionable and causes irreparable damage to young lives.

This is not a political statement about immigration policy. This is a statement about human decency, plain and simple. This is a plea for recognition that these are not simply the children of strangers for whom others are accountable. This is an appeal to elevate the inalienable right of all children to feel safe and to have the opportunity to become their best selves.

We invite you—regardless of your political leanings—to join us in speaking out against family separation and to call for more humane treatment of immigrant children currently being held in detention facilities. Write, call, or email your government representatives.

Let our children draw strength and inspiration from our collective display of moral courage. They are watching.

For a statement that’s supposedly apolitical, this is a decidedly political and moral stance given how easy it is for the right wing to ignore these violations, and how easy it is to remain silent. The magazine could have remained quiet on this front, but instead, CEO Kent Johnson and his company have chosen to make their feelings on this known to the public.

Media cannot afford to remain apolitical in this time. Collaborating with ICE is vile, but silence is not much better. We have to speak up and to push back, in whatever way we can. Highlights taking a public stance and speaking out against children being kept in detention camps with no soap or toothbrushes seems simple enough, but when Wayfair is selling beds to these camps and major companies are staying quiet, this is a brave moment.

Maybe Johnson and the rest of Highlights trends more conservative, maybe they’re more left-leaning. But they still made an active choice to speak up, knowing that supporters of the sitting President would brand them as being terrible and would boycott them. I doubt the magazine is in danger of closing if a few subscriptions get canceled, but they still are making a choice to do what is right rather than stay silent for the sake of a profit.

Johnson says this not a political statement, yet it truly is, and it shows why Highlights has been and always will be important to kids (and kids at heart).