What's High School Like In Spider-Man: Homecoming? | The Mary Sue 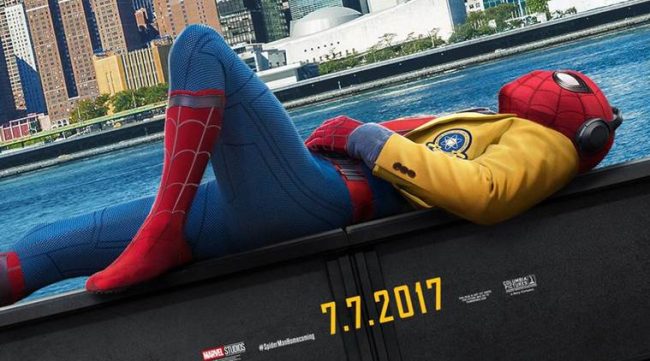 Zendaya, who will be playing the mystery character Michelle in Spider-Man: Homecoming, recently chatted with Entertainment Weekly about the movie’s high school dynamics and demographics.

High school and all its cruelties are a canonical part of Peter Parker’s origin story, and since Homecoming has the character at 15 years old, I was curious how they’d update and play with the decidedly ’70s social dynamics from the comics. While Peter’s character is traditionally the nerdy outcast, Zendaya said the dynamics of this high school will be a little more modern. Smart kids, she observed, are also often the cool kids in today’s world. “The dynamics in high school now are just different,” she said, “It’s not like the old-school ‘this is where people go’ and ‘these are the groups that are cool’ and ‘these are the groups that are not cool.’ It’s different. That’s how we reflected it.”

“Even our bully, Flash, who is played by Tony [Revolori], this is the new-age bully,” she said. “It’s different. It’s not necessarily one type of person.”

She also said the cast will reflect modern, multicultural New York, unlike many other on-screen depictions of the city. “That was one of my favorite parts about this movie,” she said, “is the diversity of the cast. It’s reflecting what New York looks like. It should be represented in that way, I think.”

It also sounds like they’re emphasizing this Spidey’s relative immaturity and growth. “The big difference with this movie is the fact that he’s 15,” said Zendaya, “and you really get to see what it would be like if a 15-year-old guy had these powers. Of course, they’re not going to do everything right. They’re not going to be perfect. They’re going to mess up. They’re going to be a 15-year-old superhero. And I think they did a really great job of capturing that – because that’s what makes Spider-Man so real for everybody is that he’s just a kid and just a kid from Queens.”

“I love the awkwardness and the funny that comes out of those real moments in high school that we’ve all been through,” she also said.

In addition, Zendaya gave a few details about her own who-from-the-comics-is-this character, Michelle. She previously described her as a “very dry, awkward, intellectual” who “comes off very weird,” and this interview was basically along the same lines. “She’s got an edge to her,” Zendaya said, “She speaks her mind, says what she thinks, but for some reason it comes off likable. And it’s very dry. It’s very real.… She’s super smart, very intellectual, and because she’s so smart she doesn’t know how to interact with other kids. So she doesn’t have friends. And I think there are a lot of kids out there like that, including myself. So I relate to her in more ways than one.”

She also again emphasized that this character will not be Peter Parker’s love interest. “I think it’s just a nice change of pace, especially for a superhero movie. It changes the typical female character in a superhero movie, which is usually like the damsel in distress – not super independent, doesn’t really have her own thing going on, her perspective constantly revolves around the superhero, right? So it’s nice that I’m not the love interest, which means I’m not that girl. And it’s nice to have that relationship that’s not romantic.”

While I still think it would’ve been cool to have Zendaya play Mary Jane (or another love interest), I can also appreciate giving Peter a female friend. And I actually love the idea of writing her as the uber-nerd character – dry humor, super smart, and a little weird. That’s a role we often see given to male geniuses, and it’ll be great to see those traits given instead to a teenage girl, whose quirkiness – instead of being cutesy or charming – is a little biting and strange.

Overall, this interview has me more excited about the movie, but what did you think?