Check Out The Higgs Boson As Music, An Ode to Science | The Mary Sue

Check Out The Higgs Boson As Music, An Ode to Science 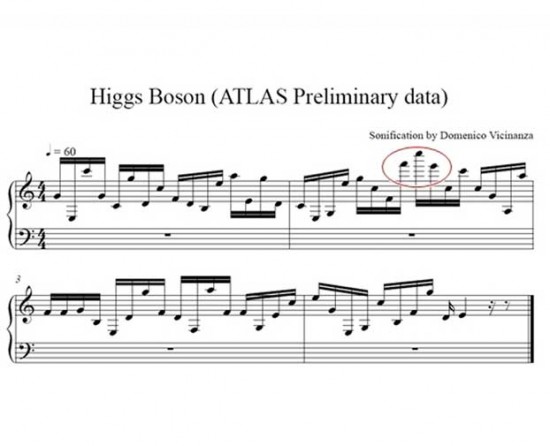 At this point, you must know that the Higgs Boson has been found, and you might even know what that means, but do you know what the Higgs Boson sounds like? Well now you can, thanks to Domenico Vicinanza, who immediately set to sonifying the ATLAS data on the new particle. The tune is surprisingly catchy and listenable, although it’s immediately obvious it was not generated by any sort of being with an ear for melody. Think of it as an ode to science.

“The researchers mapped intervals between values in the original data set to interval between notes in the melody. The same numerical value was associated to the same note. As the values increased or decreased, the pitch of the notes grew or diminished accordingly.”

If that sounds a little complicated, Vicinanza has a simplier explanation. “Sonification worked by attaching a musical note to each data. So, when you hear the resulting melody you really are hearing the data.”

But so what? What does it sound like? Listen for yourself.