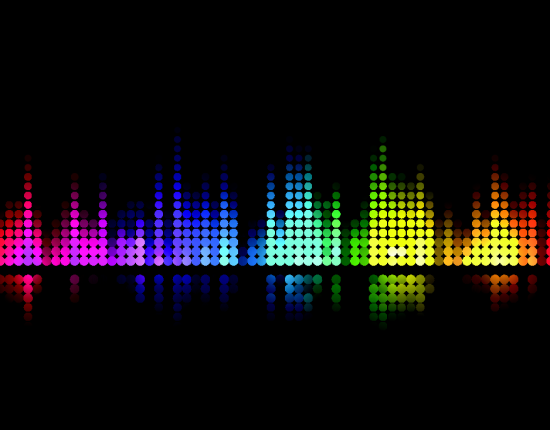 Evolution is usually a slow, arduous process and while it’s responsible for many of the things that make you you, it’s rare that you get a chance to see it in action. The work of Armand Leroi and his colleagues at Imperial College London doesn’t give you an opportunity to see evolution in action, but rather gives you a chance to hear it. Through the use of a computer program that can generate random noise and then combine it with more random noise, Leroi and his team were able to evolve sonic chaos into tunes that, while not transcendant, are certainly listenable, and even downright pleasant. Welcome to DarwinTunes.

The process worked a little something like this: Leroi’s program would create streams of random noise. Then, it would “breed” the streams into combination tracks, repeating the process until it created 100 tracks. At that point, some humans were recruited to rate the tracks from most awful to least awful, the least awful ones being given the chance to breed again, the most awful ones forced to die along with no successors. Lather, rinse, repeat. The result is a collection of tracks that more closely resembles what we might consider music instead of just noise.

As the generations went on, the tracks not only weeded out dissonant chords and developed relatively standard rhythms, but also seemed to generate entirely new sounds. Dr Bob MacCallum, another researcher involved in the process, explains the spontaneous introduction of a drum:

“After about 3,000 generations had been listened to, there starts to be a kick drum or a bass drum, and that just spontaneously came, we didn’t put any drum sounds into the algorithm.”

Eventually, the advancement of the generated tunes began to slow, but not before they reached a very listenable level. It’s unlikely that the evolution would stagnate completely, but after reaching a point where most of the tracks are viable, any leaps and bounds forward are going to be caused chiefly by radical random mutations, the X-Men of music if you will. Increasing the scope of the project could also lead to more evolution, but it would require the experiment to run for years with many increasingly powerful computers and millions of participants.

It’s important to note that while this process succeeded in creating music without the need of a composer, it still needed people to work. Since songs can’t exactly live and die, there needs to be some metric to stand in for that. In this case, it’s popular opinion. As such, there still is a human force in the creative process, but it’s not really a creative force, it’s just a judgmental one.

The results of the study have been published in PNAS, but more importantly, a sampling of the “songs,” indexed by the generation they were born, is available to listen to, and it’s utterly facinating. Check it out below, and if you can’t bring yourself to listen all the way through, it’s worth listening to a little bit of the first one and a little bit of the last one. You’ll be surprised at how different they are. Granted, it’s no replacement for creative genius, angst, pain, love, loss, joy, yearning, and electric guitar, but it sure is sort of neat.

A few things for which this is no replacement