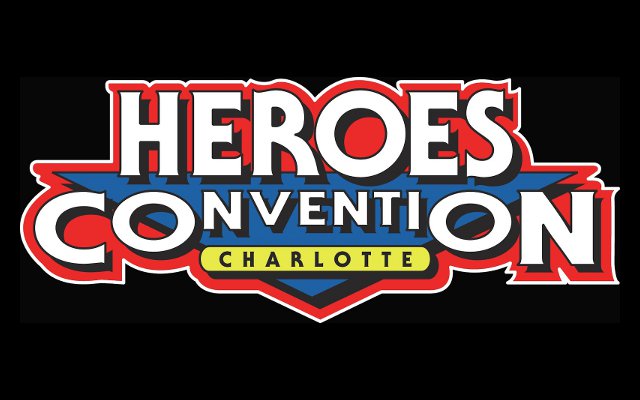 More and more, fans are asking conventions to step up when it comes to a clear and easily found harassment policy. So how nice is it to hear a convention create and promote one without a call to arms? That’s North Carolina’s HeroesCon, who recently called attention to their new policy. However, not all is well on the convention circuit as a story out of Special Edition: NYC proves there’s always work to be done.

Heidi MacDonald at The Beat reported on HeroesCon’s unveiling of their new policy, which was appropriately timed as the convention is taking place this weekend. Here’s their message:

HeroesCon is dedicated to providing a fun, safe and harassment-free convention experience for everyone regardless of gender, sexual orientation, disability, physical appearance, body size, race, age or religion. We will not tolerate harassment of anyone in any form. Convention participants violating these rules may be sanctioned or expelled from HeroesCon without a refund at the discretion of the convention organizers.

Exhibitors, sponsors and guests are subject to our anti-harassment policy as well and in particular, exhibitors should not use images or material that surpasses a PG-13 rating at their booths. Booth staff (including volunteers) should not use over-sexualized or excessively gory clothing/uniforms/costumes.

If you are being harassed, witness someone else being harassed or have any other concerns, please contact a member of the HeroesCon staff or a volunteer. We are happy to contact our security or local law enforcement, provide escort, a safe place or otherwise assist those experiencing harassment to feel safe for the duration of the convention.

All attendees, exhibitors and staff are subject to this anti-harassment policy and are expected to follow these rules at all HeroesCon events.  This policy goes for the show floor and after-hours events at our host hotels as well.

We recently did a story spotlighting San Diego Comic-Con’s reluctance to publicize their harassment policy further for fears the mainstream media might think harassment as cons is a problem (it is). While we’re thrilled to see HeroesCon’s statement established, it doesn’t look as if they have the policy marked in any official place on the site other than its blog, which means it will be pushed lower and lower as time goes on. We’re recommend they give it a visible link somewhere on the main page.

Unfortunately, not all is sunshine and rainbows on the convention circuit. A convention in New York, who have a good harassment policy, had a different kind of situation recently.

Dean MizCaramelVixen, owner of VixenVarsity.com, attended Special Edition: NYC (the ReedPOP show meant as a comics-specific off-shoot of New York Comic Con) with great anticipation, only to wind up in tears. Why? As she explained in a report on BleedingCool.com, she was told by staff she was dressed inappropriately for the show and told to cover up or leave. She writes she was wearing, “My Deadpool cardigan, black tank top underneath, black boy shorts, thigh high fishnets and a black mini skirt.” Here are two photos of the outfit: 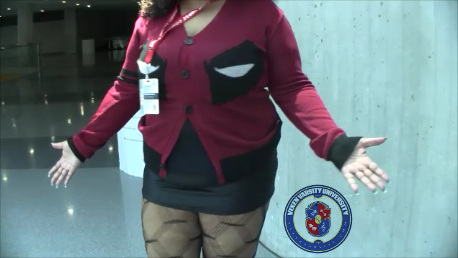 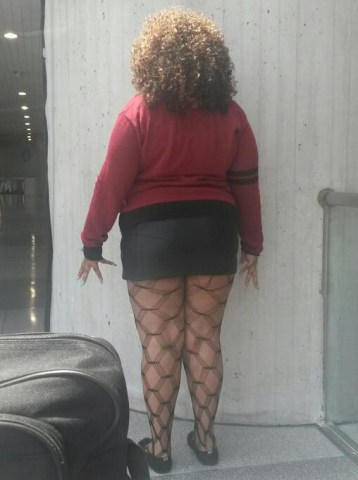 Here’s what happened in her own words:

As I filled out the registration form, I heard “excuse me miss.” I paid no attention, as there were a large amount of famous writers and even women dressed in cosplay attending. Then again, I heard “excuse me miss” but louder. I looked up and it’s a man and a woman rocking Special Edition NYC gray shirts. (The only people wearing those shirts are VIP members and the staff.) I came out of line, where everyone in earshot distance stares, because they want to know what happened. That’s when the uneasiness wave started to overpower me.

The male SENYC Staff proceeded to tell me that this is “a family friendly show and kids are here.” He proceeded to remind me that it is Father’s Day and “there are kids attending with their families and my attire isn’t proper.” I was then asked if I had a change of clothes in my bag, to which I responded no. The whole time, the woman did not say one word to me. He then proceeded to tell me that “if they receive one more complaint that I would be asked to leave.” I mentioned that there were women who were dressed way worse than I was, that had thongs and pasties on, to which he replied that they were told the same thing. I found that so hard to believe since these same women were walking around the convention smiling and taking pictures. I informed him that I’d traveled from New Jersey for this convention and I didn’t feel this was right. He then responded (again) – “if we get one more complaint, we will escort you off the premises. Please try and keep your skirt down or we’re going to ask you to leave.”

Following the incident, MizCaramelVixen said she was embarrassed and ashamed and felt she’d been singled out because of her size, noting several other women in costume not being told to cover up. After posting her experience on social media, a woman from Reed named Lacey found MizCaramelVixen and offered apologies as well as coupons for a t-shirt and pint glass. She did not redeem them.

We reached out to both her and Reed for comment to find out more about the story from both sides. MizCaramelVixen told us, “I have never been harassed at any conventions before or even during Free Comic Book Day, this was my first experience. It was very painful, I hope to NEVER feel like that again.”

Mike Armstrong, Event & Sales Director for ReedPOP, responded to my queries. “We make a considerable effort at all ReedPOP events to provide a safe and comfortable environment for all Fans in attendance. If we feel that something is pushing the limit, or if we receive comments from Fans regarding the conduct or attire of other Fans, we will do our best to rectify the situation. We are always working to strike the balance between a Fans desire to express themselves and our goal to create a safe and comfortable environment for all to enjoy the show.”

As for the incident in question, the source of the complaint was not clear to MizCaramelVixen. She told The Mary Sue, “I was not told if there was a complaint against me, just as I wrote in the article, ‘if they get one more complaint.’ I don’t know if someone complained to them or if it was just of their own doing. As far as Lacey is concerned, she just apologized repeatedly, said it wasn’t right. She offered to refund my ticket, but I showed her my badge and informed her I was here as media and then I received coupons for my writer and myself.”

Armstrong indicates it was the security team: “Our security team alerted show management about the issue and a member of our staff pulled the Fan aside and asked them to adjust the costume in an effort to comply with the stated rules.” He also said, “The Special Edition: NYC website states our policy under the ‘Rules’ page – ‘Naked is not a costume. Please wear appropriate (or at least enough) clothing while attending Special Edition: NYC.’ Our staff is always more sensitive to the issue on Sunday due to the volume of children and families at our events.”

But did MizCaramelVixen’s street attire really fall under that rule? We asked Armstrong for clarification. “We don’t think going back and forth on exactly what was objectionable is constructive and may only bring more unwanted attention to the individual. We felt that the state of the attire as witnessed by security and our staff was not entirely appropriate and respectfully asked that the individual adjust the attire, which the Fan did as reflected in the posted photo.”

MizCaramelVixen says the way the skirt is in the photos are the way it was during the convention incident. She also spoke to other women in more revealing costumes who had not been told to cover up. Though Armstrong relayed another clothing issue they handled that weekend. “We dealt with an issue on Saturday regarding a cosplayer in body paint who was brought to the attention of show management by security. We asked the Fan to cover up as the attire and costume was not in line with our stated rule regarding attire – ‘Naked is not a costume. Please wear appropriate (or at least enough) clothing while attending Special Edition: NYC.’ The Fan covered the exposed area and remained within the event.”

For her part, MizCaramelVixen is discouraged but hopeful. “The overwhelming amount of support from the cosplay, comics, and plus sized communities has been tremendous. I was in no way expecting anything of this magnitude,” she told us. “I would like to thank everyone that has read, shared, and commented on the article, good or bad. The plus sized women who have been contacting me, I want you ladies to know that you wear your outfit and you wear it proudly, hold your head up HIGH. Do NOT let anyone make you feel less of a human being. I chose to dress up because it’s what I felt like doing. While it might not meet everyone’s ‘cosplay’ standards, it doesn’t mean that I shouldn’t dress up at all. My size and race doesn’t determine if I should or shouldn’t read comic books and neither does my outfit. Will I cosplay/dress up again? Absolutely.”