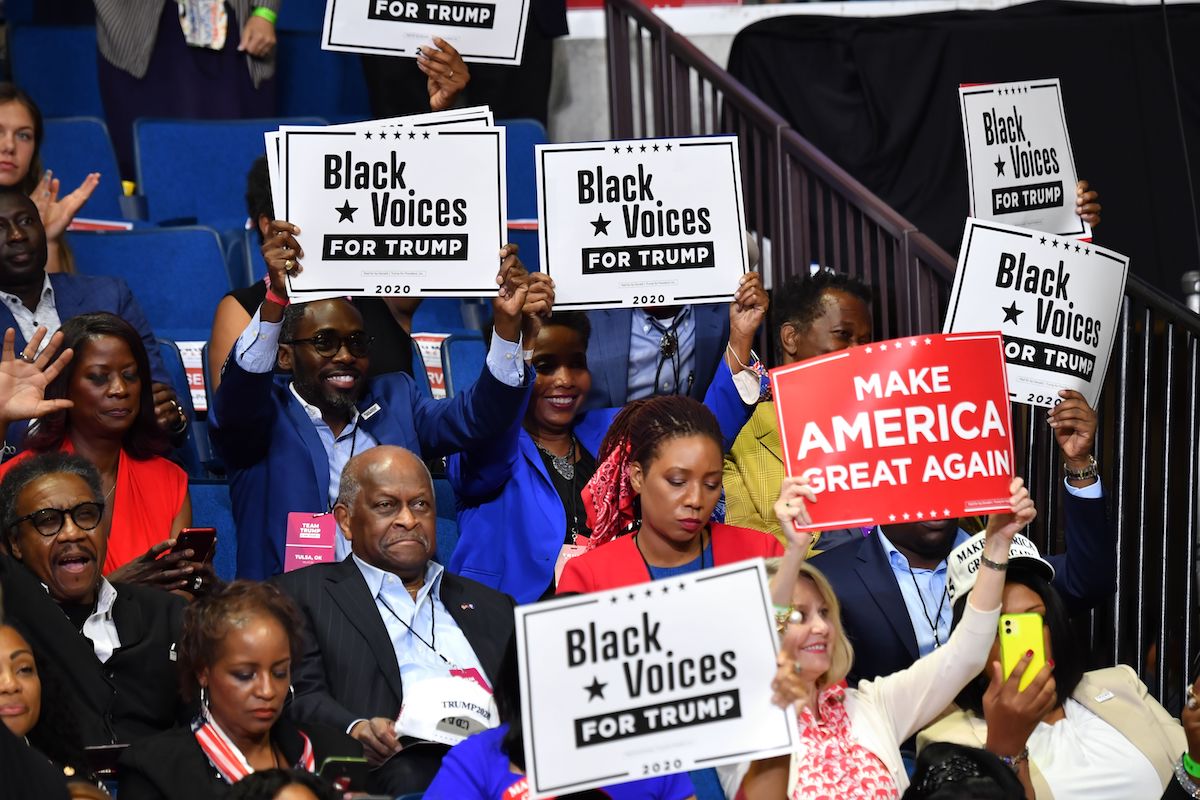 After Herman Cain passed away last month, his family and social media team decided to keep his Twitter account active. They’ve been posting all the same sort of pro-Trump, anti-Democrat, anti-Black Lives Matter nonsense the Black Voices for Trump co-chair posted before his death, but this weekend, the account also posted some puzzling COVID-19 propaganda.

The now-deleted tweet linked to an article about underlying pre-existing conditions and their relationship to coronavirus-related deaths. “It looks like the virus is not as deadly as the mainstream media first made it out to be,” the tweet read.

The message is incredibly bizarre given that Cain died from the coronavirus, which he reportedly contracted after attending a Trump rally.

The fact that Herman Cain’s Twitter account is tweeting about how Covid-19 isn’t as deadly as ✨the media✨ makes it out to be when Cain’s death was the result of Covid-19 is just absolutely pure lol.

This is the sassiest, “Surprise! I’m a zombie now!” announcement ever https://t.co/P5tBLJoEtW

The article the account tweeted is from the extremely conservative Western Journal, which is less an actual journalism outlet and more a website designed to be shared on Facebook, founded by a guy who staked his claim peddling conspiracy theories about Bill Clinton and later tried to convince conservative readers that Barack Obama was secretly Muslim.

So when you hear that this site is saying only 6% of reported COVID-19 deaths are in fact due to the virus, you’ll want to take that with all the grains of salt you have at your disposal.

In reality, the CDC study that number comes from lists other contributing factors that have been noted in COVID-19 related deaths. They include things like pneumonia, influenza, and respiratory arrest—all issues that have been shown to be caused by the coronavirus.

That’s like saying the knife stab didn’t kill him, it was the loss of blood.

It also looks like being shot in the head not as deadly as the mainstream media first made it out to be. Keep up the good work. #FakeNews pic.twitter.com/IKEUnDjZz1

Despite its lack of scientific accuracy, the 6% conspiracy theory has been picked up not just by conservative media hacks and Hermain Cain’s ghost, but also QAnon groups, which means it inevitably found its way to Donald Trump’s Twitter account, where he retweeted a Q-related account that posted the “data” in a tweet Twitter then removed for violating its rules on misinformation.