We've got a theory! 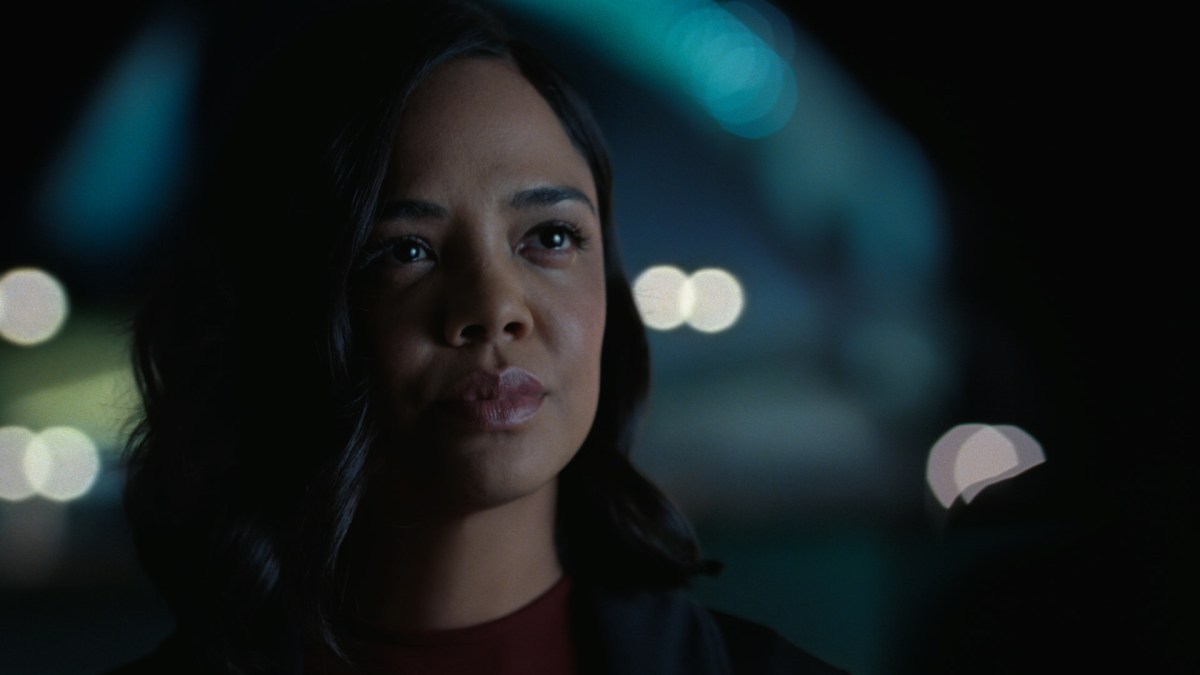 Going into Westworld season three, perhaps the biggest question was who, exactly, is wearing the Charlotte Hale body that Dolores used to sneak herself and others out of the park. Dolores whipped herself up another meat suit that looked like her old face (or modified the one she was in) and inserted a new host consciousness into “Charlotte.”

This week’s episode “Absence of Field” focused on Charlotte, giving us a brilliant performance by Tessa Thompson as this mystery host navigated Charlotte’s life, including her role as a mother to a young son. The episode was disturbing and provided tantalizing clues but no confirmation as to which host is behind that gorgeous face.

We know that this host is violent in some way, that the host sees themselves as a “predator” and that they connected with Charlotte as a mother when they saw a possible pedophile grooming Charlotte’s son Nathan. Violence is in this host’s nature and they felt that the only violence the could do was to themselves and self-harmed until Dolores intervened.

We also know that this host is very close to Dolores, that they “belong” to Dolores. The host is alternately strikingly vulnerable and yet dangerous and violent, and that makes it hard to guess who it is.

The violence rules out at least one chief contender for the identity: Clementine, one of the few hosts that seemingly made it through the massacre at the end of last season. She was generally gentle, but she was also lobotomized and modified so many times that it’s not clear if her host soul could even be repaired.

And the inability of this host to initially connect as a parent makes me think this probably isn’t Dolores’s father either. He’s another host whose control unit was damaged a lot over two seasons. Though I do think we’ll see him at some point, I think he’ll be revealed as the host inside of “Connells” and not in Charlotte. Is it Teddy? Again, I think not. Teddy wasn’t inherently violent and dark and I truly think Dolores sent him off to the valley beyond last season. So, who is it?

Yes. The other “narrative” that was inserted into Dolores’ code that made her go all homicidal when she slaughtered so many hosts and the original, human Arnold years ago when he decided the park shouldn’t open. The one who seemed to be driving a lot of Dolores’ decisions on her bloody rampage last season.

But how? My theory is that after Bernard “killed” Dolores last season and put her consciousness into that Charlotte body, he essentially debugged her and placed “Wyatt” into a separate control unit/pearl. He either did this under some control from the residual Ford code or as a way of undoing the sins of his human past. I know this is far-fetched but … stranger things have happened on this show.

It makes sense to me though. Wyatt is part of Dolores—he, as Charlotte says, belongs to her. He’s a violent, controlling, manipulative predator so he’s the perfect personality to put inside Charlotte, even if he’s clearly not suited for motherhood. The way the two women are costumed and shot as well makes me think of this as if they are two halves of the same whole: one light, and one dark.

This could also explain why Dolores changed her mind at the end of last season—why she didn’t destroy the valley beyond and why she sent Teddy off to robot heaven. The darker angel of her nature had literally been removed, leaving only her conviction that all people–human and host–should be free. This might also make Wyatt/Charlotte a potential enemy/wild card going forward.

Will this play out? Am I just making stuff up because it would be cool? Who knows! It’s Westworld and anything is possible, but I think this would be a very fun twist as to who’s behind that Charlotte mask.