The geek is so chic at SDCC. 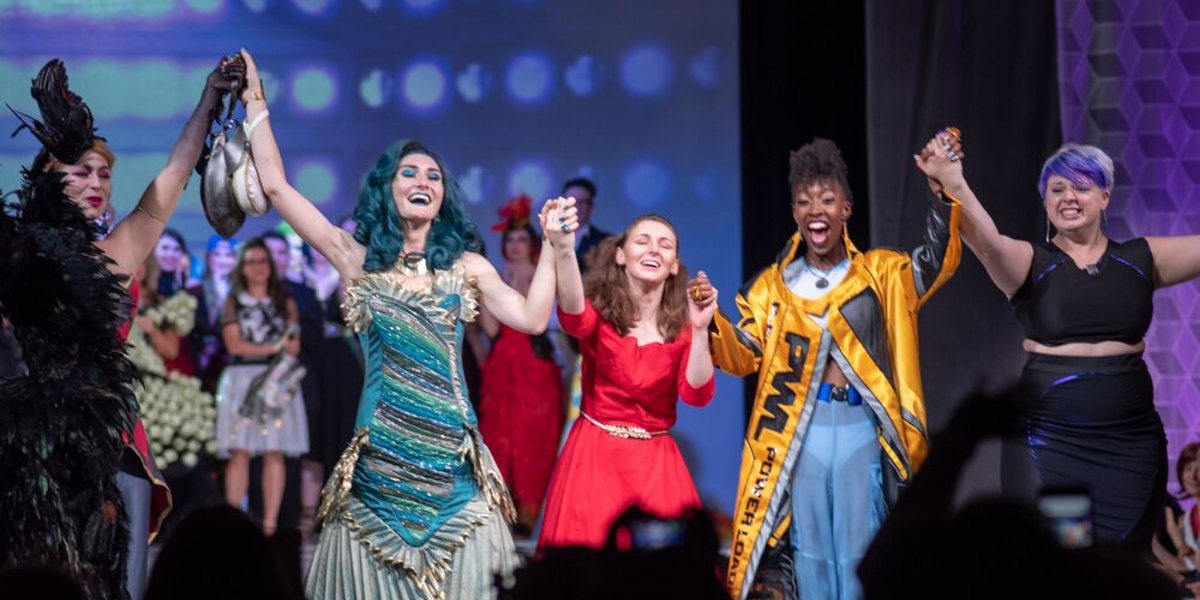 Yesterday was a big day for fans of actress/Her Universe founder Ashley Eckstein. The San Diego Comic-Con day began with Eckstein on a panel for Star Wars: The Clone Wars, which brought the big reveal that the beloved series was returning for another season. Later that evening, she brought fashion back into fandom for the fifth annual Her Universe Fashion Show, where 24 designers competed for the chance to design an Avengers 4-inspired line, to debut next spring.

Have you ever wondered what a couture dress made out of 500 @OriginalFunko POP! heads would look like? Find out all about my first-of-it’s-kind Fashion Show gown over @DisneyStyle ! (photos by @tikimarks ) https://t.co/0ARC4QWib3 pic.twitter.com/wSb6fVeGeJ

Eckstein’s gown, always a surprise and centerpiece of the event, was a celebration of The Nightmare Before Christmas. Her gown, designed by Andrew MacLaine, weighed 40 pounds and was made up of 500 Funko Pop Jack Skellington heads. Fans went wild over the gown, a piece of couture involving one of the staples of a pop culture collection. Is it the first Funko Pop dress in the world? It might be!

As mentioned above, the show featured several special guests. Eckstein was joined onstage by Clone Wars co-stars Matt Lanter (Anakin Skywalker) and Dee Bradley Baker (who voices all the clone characters) to celebrate the show’s return and ten year anniversary. Both were rocking pieces inspired by their characters, but the most magical guest was Jodie Whittaker, who surprised fans while strutting down the catwalk in Her Universe’s upcoming line inspired by her own Thirteenth Doctor.

While addressing the audience, Whittaker talked about how the costume department wanted her costume to be comfortable, and that anyone could wear the upcoming line because “you’re not dressing as a boy; you’re not dressing as a girl; you’re dressing as the Doctor.” For the show to take the stance of having the Doctor’s costume be cute yet gender neutral is wonderful progress for an industry that has women run from dinosaurs wearing heels. (No, I’m still not over that).

Last night’s #HerUniverseFashionShow was a huge success full of amazing #geek #fashion & surprises! The audience erupted when #JodieWhittaker (the new 13th Doctor) made a surprise appearance & walked the catwalk in the new HU #DoctorWho inspired line for the show! #DoctorWhoSDCC pic.twitter.com/tRsgIwgJ4x

Other fun moments included a parade of awesome audience members walking down the catwalk (including several Star Wars cosplayers), as well as the four winners from Cartoon Network’s Junior Designer challenge, who will be helping design a Powerpuff Girls-inspired line for retailer BoxLunch.

But the real stars of the show were the designers who rocked their original fandom couture creations. There were fandom staples like Star Wars and Harry Potter that appeared on the runway, but some very unique geek choices, from Gilmore Girls to Godzilla to the Aliens franchise, that also made their debut. Each outfit was expertly crafted, and the show featured short video clips of the designers talking about their work and what inspired them.

There were three prizes given out at the end of the night. The judge’s award went to Cynthia Kirkland for her lovely “The Couture of Water” gown. Jane Burson won the Singer sewing award for her “Howl-in for You” outift, while Kristi Siedow-Thompson won the audience award with her rocking “PWL Chic: Ripley in the Powerloader.” All three designers will start work today on their upcoming line.

The event was a gorgeous celebration of a new way to express fandom, and proved why it has become one of the jewels of SDCC. Seeing these designers and their talent makes me already reach for my wallet to support their upcoming collection, and as per usual, Eckstein’s positivity and inspiration filled every corner of the room. (Check back later today for a profile of her work). We already can’t wait to see what the designers will bring to next year’s show. 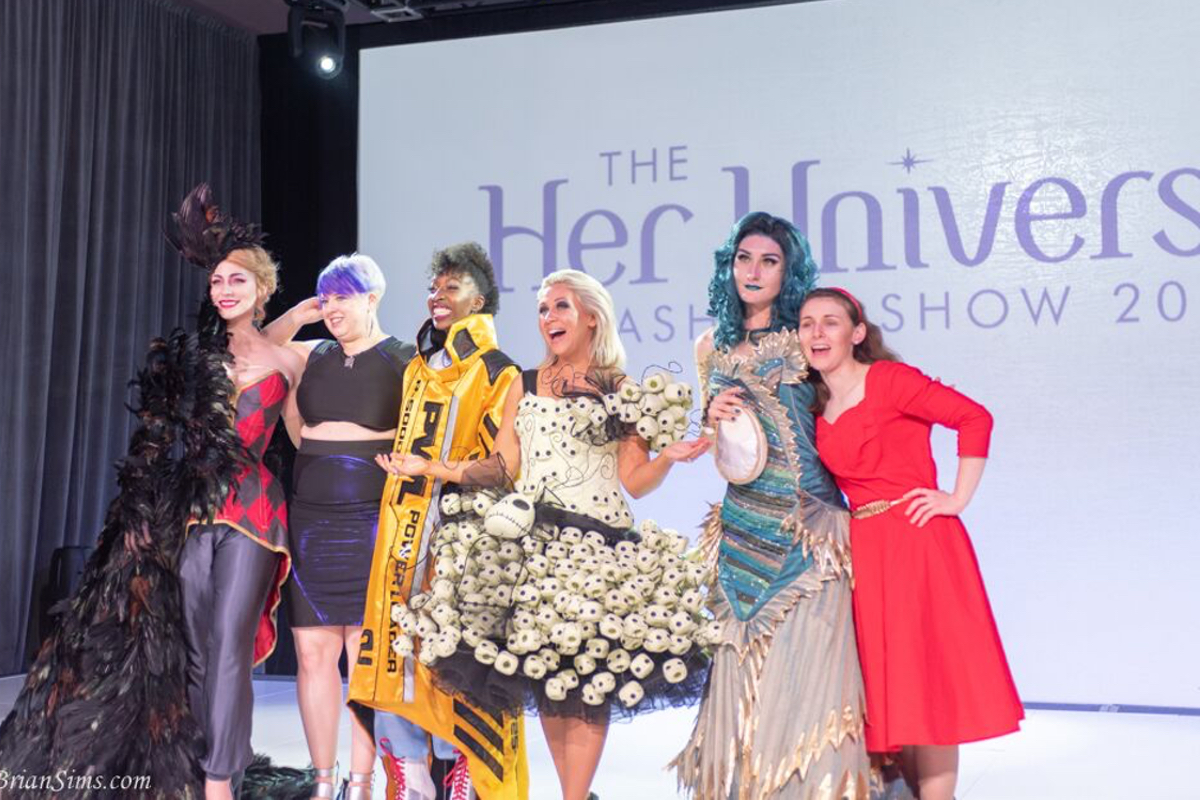