Older People Who Lack Restraint Help Society by Being Curmudgeonly 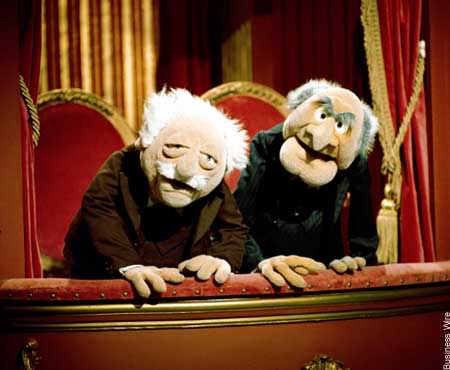 According to a new study in the Journal of Experimental Social Psychology, older people who dispense with politeness actually aids in offering useful, helpful advice. The team of researchers who conducted the study rounded up 19 undergraduates and 32 adults from age 60 to 70, then formed two groups out of the adults based on the level of behavioral restraint they exhibited. This restraint, called executive function, declines as people get older.

The researchers displayed a picture of a noticeably obese teenage girl alongside a list of her complaints, which ended up being various ailments often associated with childhood obesity. Out of the people with a higher level of executive function, only a third of the undergraduates and half of the adults called the girl’s weight into question, whereas 80 percent of the adults with a lower level of executive function mentioned the girl’s weight, which was the reason for ailments, as well as providing twice as much advice as the higher executive functioning group to how the girl can correct the weight issue.

The study doesn’t prove that older people are more in tune with people’s issues: Rather it provides evidence that politeness and excessive self-censorship can stop people from speaking the truth in certain areas even when that would be more helpful. Maybe we can learn from our elders that there is a warranted place for brutal honesty in modern society.