Hellraiser Is Getting Rebooted With The Original Pinhead 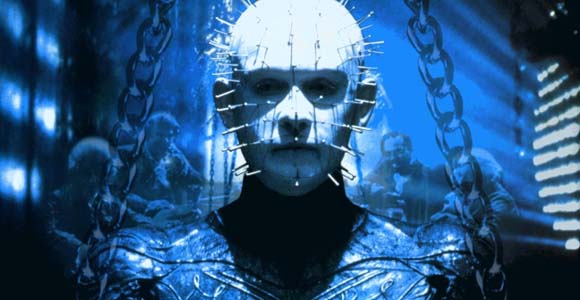 Reboots, man. This one has a little added something though.

Clive Barker himself posted the news on his Facebook page – he’s rebooting his 1987 horror flick, Hellraiser, and he’s bringing back actor Doug Bradley to try and scare us some more:

HOT FROM HELL! My friends,I have some news which may be of interest to you. A few weeks ago I had a very productive meeting with Bob Weinstein of Dimension Pictures,in the course of which I pitched a remake of the first HELLRAISER film. The idea of my coming back to the original film and telling the story with a fresh intensity-honoring the structure and the designs from the first incarnation but hopefully creating an even darker and richer film-was attractive to Dimension. Today I have officially been invited to write the script based upon that pitch.What can I tell you about it?Well, it will not be a film awash with CGI. I remain as passionate about the power of practical make-up effects as I was when I wrote and directed the first HELLRAISER. Of course the best make-up in the world loses force if not inhabited by a first-rate actor. I told the Dimension team that in my opinion there could never be a Pinhead without Doug Bradley,and much to my delight Bob Weinstein agreed. So once the papers are signed , I will open a Lemarchand Configuration,dip my quill in its contents and start writing . I promise that there will be nowhere on the Internet where the news of my progress will be more reliable than here ,because the only author of these reports will be Your Infernal Corespondent ,me. My very best wishes to you
all,my friends.
Clive.

I was never a big Hellraiser fan but I have a feeling this will be a love it/hate it situation for those who are. Barker went on to answer a few questions in the thread as well including, “Hey, why not make something new?”