Thinking carefully about the things you're about to purchase could be a happy side effect of trying really hard not to fall down. 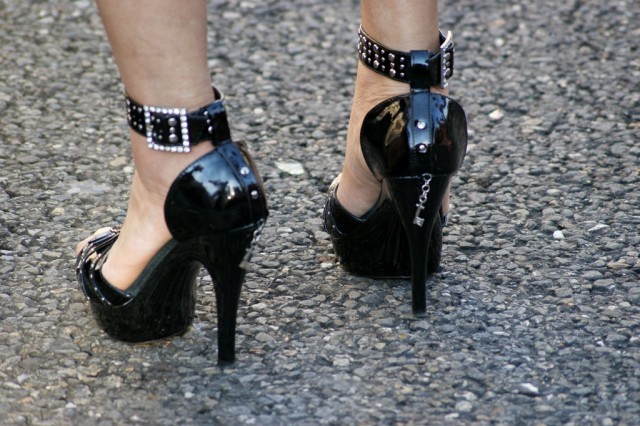 Last week, we brought you the fairly unsurprising news that high heels can deform wearers’ feet and are basically medieval torture devices. The footwear isn’t entirely without good qualities, though. A recent study suggests the concentration required to balance in heels could improve decision making and make people who wear them more careful shoppers.

It’s not just heels that could make you a smarter shopper, though, says the Brigham Young University led-study that appeared this week in the Journal of Marketing Research. Anything that makes you strive for physical balance while you’re shopping also seems to make you a smarter, more attentive shopper — even test subjects who leaned back in their chairs while shopping online reaped some of the benefits. Standing on one foot, for example, helped people think more carefully about which printer they would purchase.

The team behind the study thinks their research means that balance could be one more overlooked physical factor that influences how we shop and what buying decisions we make. Having to balance so as not to fall and kill yourself in heels while making those decisions seemed to force shoppers to be more attentive to the tasks before them more generally, nudging them toward more middle-of-the-road purchasing decisions. According to study author Jeffrey Larson:

“If you’re someone who tends to overspend, or you’re kind of an extreme person, then maybe you ought to consider shopping in high heels,”

I promise, Jeffrey, I would love to give this a shot, not least because every time I walk into a book store there’s a fairly good chance I will do some serious damage to my credit card before someone pulls me away. But man, you trying finding a pair of Louboutins in a Mens’ size 13! It’s not a winning prospect, trust me.