The Presidential assassination attempt is one of the most normal things in this crazy story. 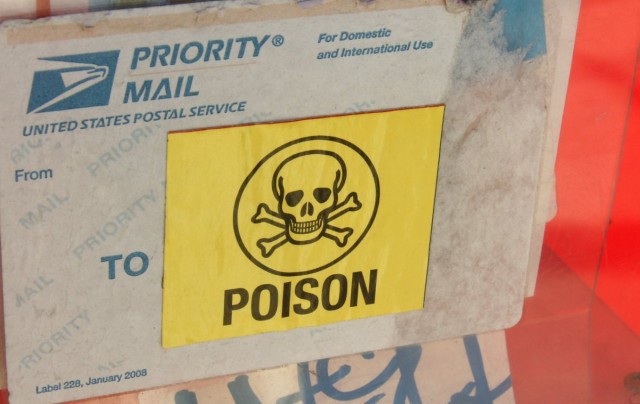 There was no shortage of coverage when an envelope of ricin sent to President Obama was traced back to an Elvis impersonator, because that’s pretty weird, but the full story is much, much weirder. Wells Tower tells the whole sordid tale of poison, conspiracy, organ harvesting, and Elvis impersonation in this month’s GQ.

Kevin Curtis, an Elvis impersonator and janitor, was arrested for sending ricin through the mail to a Mississippi judge, a senator, and President Barack Obama back in April of 2013, but was released. Authorities had the wrong man, and it wasn’t long until they arrested someone else — Curtis’ rival, Everett Dutschke, a taekwondo instructor and one time Congressional candidate.

The feud between these two men started when Dutschke refused to run Curtis’ claims of illegal organ harvesting by the North Mississippi Medical Center in Tupelo in a small independent newspaper Dutschke was running several years back. Curtis was fired from his janitorial job at the hospital after he claims to have found a freezer full of severed body parts.

It should be noted that there’s been no evidence of any actual illegal activity by the hospital, but good luck telling that to Kevin Curtis.

The whole story is much more bizarre and a lot longer. You can read it over on GQ.com or in the magazine’s October issue. It’s a fascinating look at an incredibly strange rivalry that rose to national prominence a few months ago. It is by far the craziest story you could possible read today, and that includes the one about those Oompa Loompas who got arrested for assault.

(via GQ, image via Romana Klee)