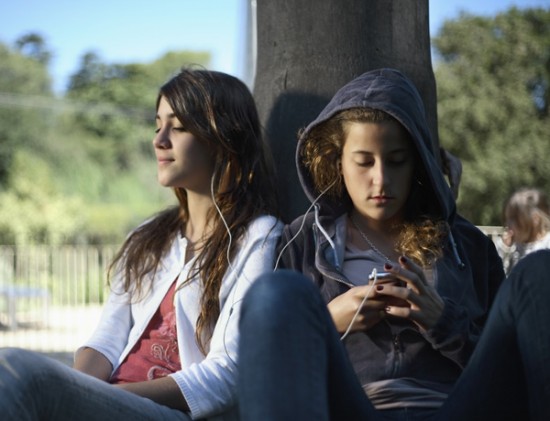 Ever have one of those days where you put in your headphones, listen for a bit, realize they’re in the wrong ears, and then have to suffer through the next hour or so listening to painfully reversed audio tracks? Of course not, because you just take the earbuds out and swap them around. But is that too much trouble for you? Do you demand convenience at a level boarding on obscene? Fear not, Universal Earphones can tell which ears they are in and swap audio channels automatically. Thank god, right?

Researchers of the Igarashi Design Interfaces Project in Tokyo, Japan can be thanked (or blamed) for this huge development in earbud technology. Although I must say, as much as I like to bash the concept, the way the earbuds figure out where they are is sort of poetically simple. The right earbud has a proximity sensor that aims towards the back of the head, the left one has one that aims forward. If the left one detects and ear –or the right one doesn’t– they swap audio channels. It’s pretty clever.

As an added bonus, the headphones can tell if you’re sharing them with a friend. If a (weak) electrical circuit isn’t maintained in the earbuds, they know that they’re being shared between two people. In this case, they’ll route both channels through both earbuds. This is the one feature, I’ll concede, that you can’t solve with normal headphones. Unless you have a y-jack. And another pair of headphones.

Neatness aside, I can’t imagine that these headphones will ever be very popular with people who don’t like to flush money down the drain. Granted, gamers need the right buds in the right ears for 3D sound, and audiophiles need them well-placed to enjoy their tunes, but seriously, what’s so hard about switching them manually? Or checking before you put them in? Or coloring one earbud a different color? Or a million other low-tech solutions?

These headphones aren’t real yet, but will be shown off at the Intelligent User Interface conference in Lisbon along with some other, hopefully more necessary, ideas the researches have for improving headphones. In the meantime, someone just work on a pair of earbuds that won’t short out after 3 months.