How Pixar Bosses Saved Their Employees from Layoffs | The Mary Sue

How Pixar Bosses Saved Their Employees from Layoffs 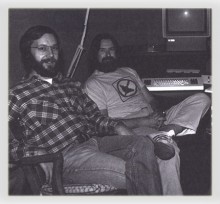 Today, Pixar may be a multibillion dollar company seemingly capable of doing no wrong in the box office, but in its early days as Lucasfilm’s computer animation division, its future was far from certain. Indeed, in the mid-’80s, some at Lucasfilm doubted the value of computer animation, and the division faced deep layoffs. Then, its two heads, Alvy Ray Smith and Ed Catmull, saved it in a positively Pixaresque way.

[Lucasfilm president Doug] Norby was pressing Catmull and Smith to do some fairly deep layoffs. The two couldn’t bring themselves to do it. Instead, Catmull tried to make a financial case for keeping his group intact, arguing that layoffs would only reduce the value of a unit that Lucasfilm could profitably sell … But Norby was unmoved. As Craig tells it: “He was pestering Ed and Alvy for a list of names from the Computer Division to lay off, and Ed and Alvy kept blowing him off. Finally came the order: You will be in my office tomorrow morning at 9:00 with a list of names.”

So what did these two bosses do? “They showed up in his office at 9:00 and plunked down a list,” Craig told me. “It had two names on it: Ed Catmull and Alvy Ray Smith.”

The gutsy move worked, and not a single employee of what would soon become Pixar was fired. Not long afterwards, Lucasfilm spun Pixar off as its own company under Catmull’s and Smith’s leadership, selling it to Steve Jobs for $5 million; two decades later, Disney would buy it for $7.4 billion.

Related: Dealers of Lightning has the background on Smith’s formative experience hanging around Xerox PARC in the early ’70s, where he got to play with pioneering graphics program SuperPaint and became convinced of computers’ importance in the future of visual art.