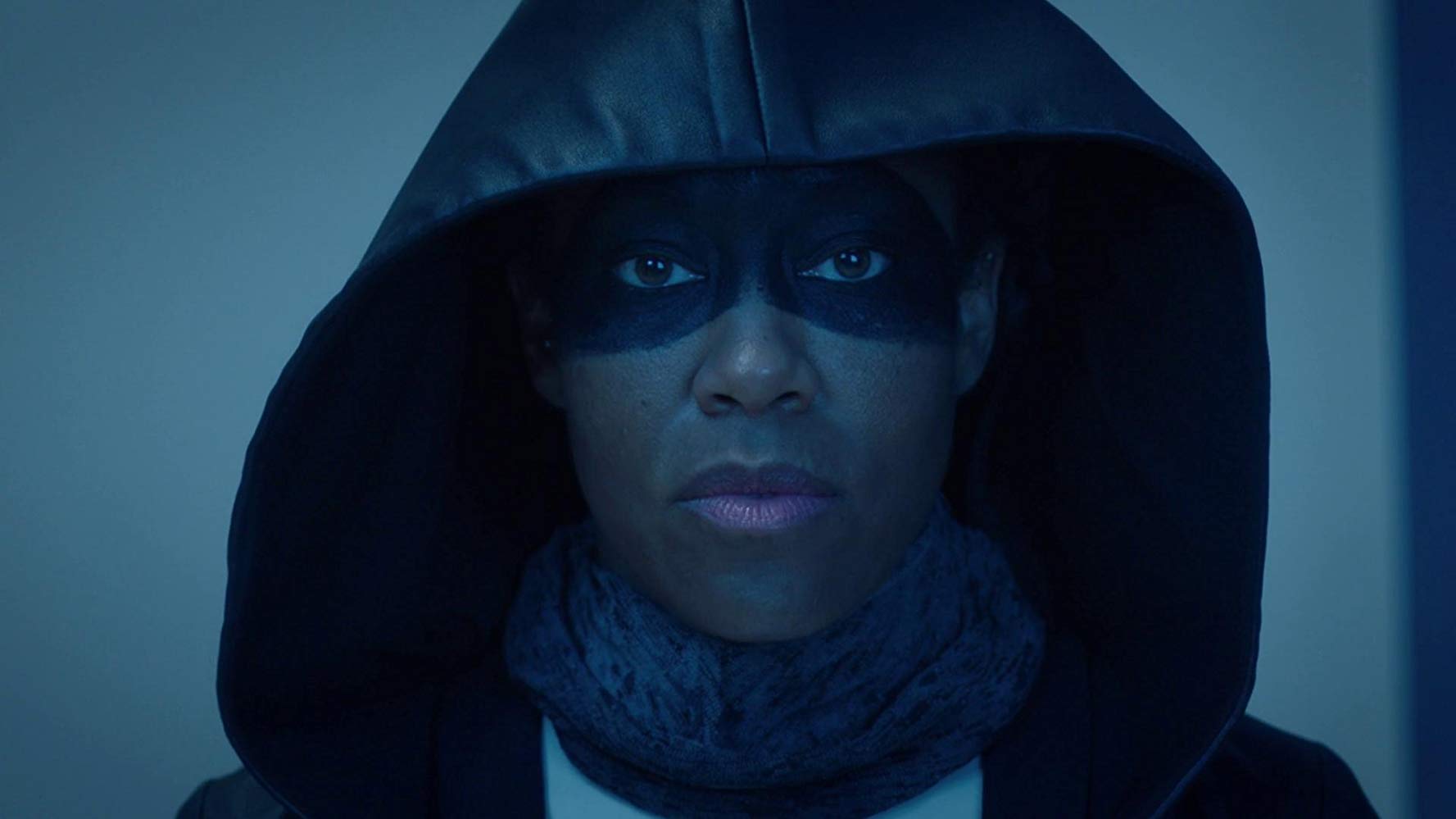 We live in a world of seemingly endless comic book adaptations on both the small and big screen. This means that it’s important to think about why things get made and whether they live up to the premise of the source material. If there isn’t a point to something, then even the best-made fiction can feel a little bit hollow in the aftermath. That’s why HBO’s Watchmen is such an interesting series. Not only does it attempt to take one of the most sacred and misunderstood graphic novels and update it, but it does so by putting Black American trauma at the forefront.

Watchmen was created for television by Damon Lindelof, who was inspired by “The Case for Reparations,” written by Ta-Nehisi Coates in 2014, and wanted to take how the original Watchmen focused on Cold War anxiety, but transpose it to discuss current racial tensions, because “to not tell a story about race in the context of a political text in 2019 almost felt borderline irresponsible.”

For those who still haven’t watched Watchmen, it takes place 34 years after the comic series in an alternate future dealing with the aftermath of 11/2, a.k.a. the squid “alien” attack orchestrated Adrian Veidt, Ozymandias, that killed 3 million people. The show takes place in Tulsa, Oklahoma, where a white supremacist group, inspired by Rorschach’s writing, becomes the Seventh Kavalry due to reparations (“Redfordations”) and causes race-based terror. Cops wear masks, and our heroine, Detective Angela Abar (Regina King), is “retired” on paper, but is secretly the masked cop Sister Night.

Despite some little issues I have with pacing and wishing we saw more of certain characters, I loved this series. I thought it was ambitious, and it tried to bring issues of Black trauma and mental health to the screen—something we don’t see a lot of.

Mental health and trauma play a big role in Watchmen, mostly in the form of generational trauma and PTSD. With Angela and her grandfather, William Reeves, you are exploring the Black American trauma of post-slavery Jim Crow through the Tulsa Riots up to now. The other trauma is the aftermath of 11/2. 3 million people died, and countless others were left with PTSD. During a group meeting for anxiety, a young man expresses that his mother was hit with a full psychic blast, and despite being born several years later, he feels her pain.

Wade, the masked cop known as Looking Glass, was in New Jersey during the attack and walked out to a sea of dead bodies and lives in perpetual fear of the next big attack, creating a whole alternate persona out of his fear.

While one is based on fictional events and the other is based on historical facts, both of these roots of trauma show how men (and women) who are not able to heal in healthy ways devolve into worst versions of themselves. William ends up pushing away his family by trying to punch away his rage, and Wade has a failed marriage and several failed relationships because he keeps thinking something is going to happen to him.

Both of these men are seen to be in pain, troubled, and deeply imperfect, but Wade tries to help other survivors despite not fully having a handle on his issues. William is a good man and doesn’t revel in undo violence, and is trying to bring justice to Black people who will not get in anywhere else. He ends up becoming Hooded Justice, connecting him to the Watchmen hero who helped inspire the Minutemen.

Throughout the entire miniseries, Watchmen attempts to weave a story that is interwoven with the original story, while staying true to the realities of what Watchmen was always trying to do: reflect contemporary anxieties and deconstruct the superhero concept. With Hooded Justice, we get an allusion to how the contributions of Black people are often erased, cutting us out of history. By reclaiming the costume (which does look like a lynching victim), Lindelof allows us to see how easy it is for history to forget.

What’s more is that it’s clear that the writers of Watchmen really love the comic and wanted to work within what was created, including the giant squid. However, by creating a version of Watchmen that understands the politics of writer Alan Moore, you end up dealing with people who … don’t realize that Alan Moore’s politics are, to quote Beyoncé, to the left, to the left.

Since I feel like people forget this, here is a quick refreshing on some important Watchmen details: The graphic novel is trying to deal with several different moral viewpoints and characters to be a vehicle for those viewpoints, and bases them on the realities and fears of then-contemporary America.

The characters in Watchmen were drawn from mostly Charlton Comics characters, most of them created by Steve Ditko. Daniel Drelberg/Night Owl II is Blue Beetle, The Comedian is Peacemaker with a smidge of white Nick Fury, Doctor Manhattan is Captain Atom, Silk Spectre II is Black Canary, Ozymandias is Thunderbolt and ya boy, Rorschach, was based on Mr. A, with a touch of The Question, as well.

Ditko is a super important person in comics and helped created Spider-Man and Doctor Strange. He was an Ayn Rand fan and an objectivist, and created Mr. A to reflect that political ideology. He is the architect of a lot of the characters that Moore would use in Watchmen.

Alan Moore, in comparison, is an occultist, magician, and anarchist. To use his own words:

CBA: When you read some of Ditko’s diatribes in “The Question” and in some issues of Blue Beetle, did you read it with bemusement or disgust?
Alan: Well…
CBA: A mix of both?
Alan: Well, no. I can look at Salvador Dali’s work and marvel at it, despite the fact that I believe that Dali was probably a completely disgusting human being [laughter] and borderline fascist, but that doesn’t detract from the genius of his artwork. With Steve Ditko, I at least felt that though Steve Ditko’s political agenda was very different to mine, Steve Ditko had a political agenda, and that in some ways set him above most of his contemporaries. During the ’60s, I learned pretty quickly about the sources of Steve Ditko’s ideas, and I realized very early on that he was very fond of the writing of Ayn Rand.
CBA: Did you explore her philosophy?
Alan: I had to look at The Fountainhead. I have to say I found Ayn Rand’s philosophy laughable. It was a “white supremacist dreams of the master race,” burnt in an early-20th century form. Her ideas didn’t really appeal to me, but they seemed to be the kind of ideas that people would espouse, people who might secretly believe themselves to be part of the elite, and not part of the excluded majority. I would basically disagree with all of Ditko’s ideas, but he has to be given credit for expressing these political ideas. […] So I’ve got respect for Ditko.

But you know who does also like Ayn Rand: Watchmen movie director Zack Snyder.

Does this mean that you can’t like Rorschach or that Rorschach isn’t a good character? No. Just because Moore is on a different political sphere doesn’t mean that he didn’t make Rorschach a dynamic, fleshed out character. He was writing a book about several different flawed moral ideologies, so there is no true “right” one. That’s the point.

Plus, Ditko was still an important influence to Moore; he’s not doing his deconstruction out of malice, but because both are political writers. Their ability to communicate their ideas through the medium of comics is what makes them both so prolific and important, regardless of what side you are on.

What’s most important is that this modern Watchmen understands Moore today, more so than it holds on to Moore in the ’80s. Alan Moore has expressed some regret that Watchmen has become a genre:

The gritty, deconstructivist postmodern superhero comic, as exemplified by Watchmen, also became a genre. It was never meant to. It was meant to be one work on its own. I think, to that degree, it may have had a deleterious effect upon the medium since then. I’d have liked to have seen more people trying to do something that was as technically complex as Watchmen, or as ambitious, but which wasn’t strumming the same chords that Watchmen had strummed so repetitively.

That’s why the optimistic ending of Watchmen, with Angela possibly walking on water, is the best tribute to the original comic and the original creator. It understands that Watchmen is not just a deconstruction; it is a celebration of what superheroes can be, and you have to love comics to be able to create content like that.