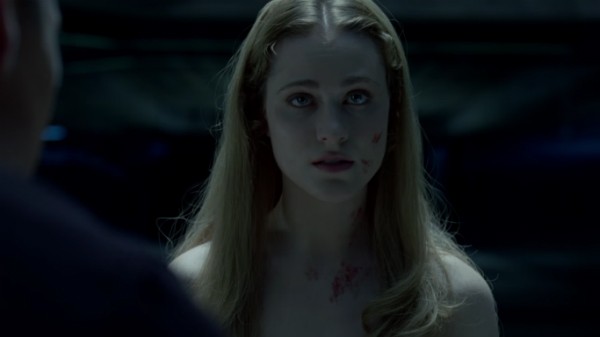 At the Television Critics Association summer press tour yesterday, new HBO President of Programming Casey Bloys took the stage in a question and answer session on behalf of the network. Moments into the Q&A, though, Bloys seemed unable or perhaps incapable of answering the questions that were posed regarding the decision of the network’s shows to equip the plot device of sexualized violence against women.

It’s something that HBO has received criticism for before–namely, the disproportionate violent treatment of female characters on Game of Thrones. However, two of its more current offerings, The Night Of and the upcoming Westworld, also feature violence against women–an episode of The Night Of contains shots of a naked woman’s corpse, while in the pilot episode of Westworld, a female character is raped in an opening scene.

When NPR’s Linda Holmes posed the question of whether HBO shows rely too heavily on the depiction of sexualized violence against women, there was a long silence before Bloys brushed off the question–only to have five more reporters press the issue. Bloys was reported to be “visibly frustrated by the repetitive line of questioning” and replied that the violence on the network was “not specific to women”, but according to those in the room, his answers were unsatisfying:

Carter Bloys was NOT prepped for questions about whether HBO drama overrelies on sexualized violence against women. #TCA16

"We're going to kill everybody" is not the ideal response to a question about pervasive use of rape as a story point. #TCA16

Bloys’ defense regarding shots of a naked female corpse in The Night Of was also pretty disappointing:

Casey Bloys just said ONE of the executive producers is a woman, so it's "not like" women are not represented on The Night Of, ha #TCA16

Later in the day, however, Westworld showrunner Lisa Joy addressed the show’s use of sexualized violence in the context of the show’s universe, where characters are allowed to exercise their wants and desires in a futuristic theme park:

Sexual violence is an issue we take seriously; it’s extraordinarily disturbing and horrifying. And in its portrayal, we endeavored for it to not be about the fetishization of those acts. It’s about exploring the crime, establishing the crime and the torment of the characters within this story and exploring their stories hopefully with dignity and depth and that’s what what we endeavored to do.

Joy’s answer is one that many critics and fans would have liked to hear from Bloys–or from other HBO showrunners, for that matter, especially given the network’s dismal track record of depicting violence against women. Regarding Westworld, at least, it sounds like the showrunners are trying to portray it as thoughtfully as possible within the scope of their created world and not merely shoehorning in sexualized violence for shock value or dramatic effect. Of course, it may be a different story once the episode finally airs, but serious consideration and respect of the issue at hand is a good place to start.