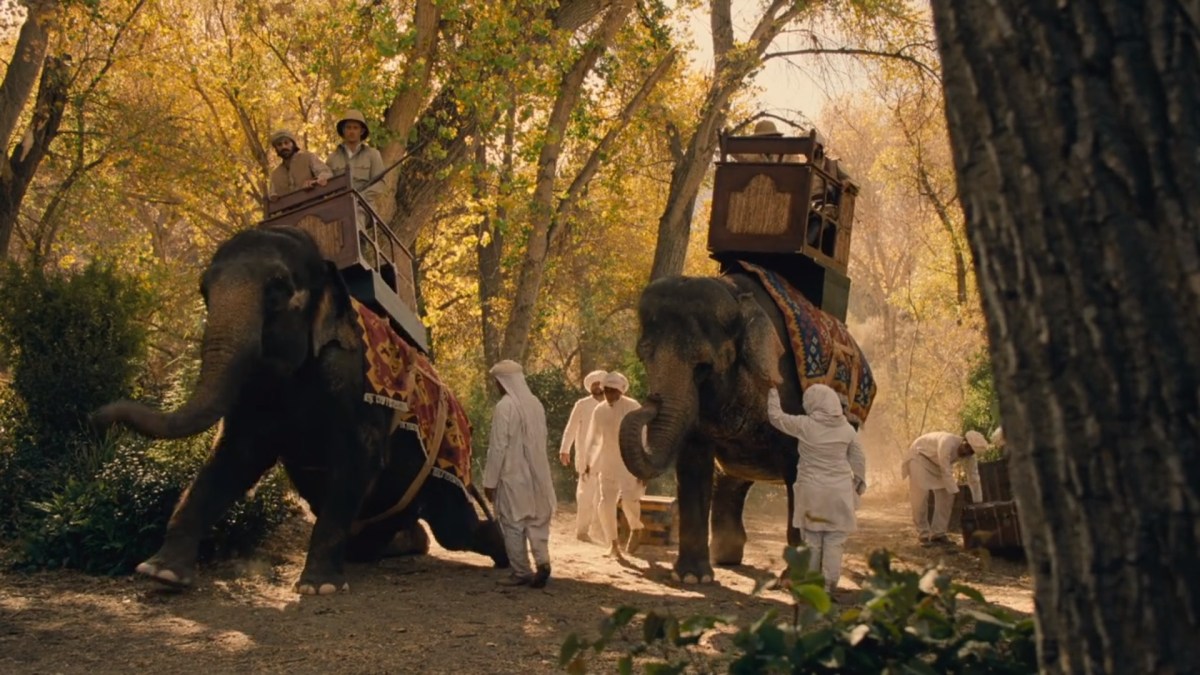 One of the cooler things about this season of Westworld is that we get to see a whole new side of the park. Or, rather, parks. There’s more than one “world” owned and operated by Delos Corporation, all of them featuring appropriate host animals. In the British Raj setting this week, we saw peacocks, elephants, and a tiger. All as man-made as the human hosts. The elephants used by production on Westworld, however, were real, and PETA was not happy.

Lauren Thomasson, PETA’s Manager for Animals in Film and Television, sent a letter to HBO yesterday regarding not only the use of elephants in this week’s Westworld episode but regarding the future use of bears in an upcoming episode, as well as the use of wild animals in general on their shows. Her letter reads, in part:

I’m writing to you today on behalf of PETA and our more than 6.5 million members and supporters worldwide with concerns over the use of live animals on Westworld—especially wild animals, such as the elephants who appeared in last night’s episode. In light of the egregious cruelty and human health risks as well as the public’s growing opposition to the use of animals for entertainment—and because reports say that there are still plans to use bears this season—we’re urging HBO to commit to not using any wild animals in future episodes or other series.

All elephants used for TV and film are trained through domination and painful techniques, including the use of sharp metal bullhooks and electric prods. Many animals develop abnormal behavior and become unhealthy, depressed, or aggressive because of the mistreatment that they experience. We’ve identified one of the elephants on the show as Tai, who’s owned and exhibited by the notorious outfit Have Trunk Will Travel (HTWT). This eyewitness video footage shows trainers at HTWT abusing elephants, including Tai, during training. The cruel methods that these trainers use are standard practices in the elephant-training industry. Kari Johnson, co-owner of HTWT, acknowledged under oath that her company chains elephants for more than 12 hours a day. Of the four elephants born at HTWT’s facility, all but one died before reaching the age of 4.

Please note that the video footage linked in the above statement is disturbing. It’s not gory, but it’s definitely abusive and difficult to watch.

She goes on to talk about the fact that wild animals trained for use in film and TV often harm humans, even with wildlife experts present, because there’s no way to predict how a wild animal is going to behave in an unnatural environment, no matter how well they are treated once on set. She cites the recent death of director Carlos Carvalho, who was killed by a giraffe on the South African set of a TV movie, as an example.

Thomasson then brings up the fact that the tiger in this week’s episode was beautifully done using visual effects, and that there’s no reason they couldn’t do that with other wild animals, too. She closes by saying, “Considering the realistic and cruelty-free CGI technology that exists today, all wild animals in HBO series should be computer-generated, just the way the tiger was so beautifully done in last night’s episode. May we please hear from you right away to confirm that any plans to use live bears or other wild animals will be canceled and that you will pledge to stop using and exploiting wild animals?”

Today, HBO responded with a statement, pledging at least to look into Have Trunk Will Travel, but also doing a little bit of corporate blame-shifting and ass-covering by stressing that none of the abuse happened on the Westworld set. As reported by Vulture, HBO’s statement reads:

All of the animals featured on HBO series are treated with the utmost care and respect for their health, safety and well-being. A certified animal safety representative from American Humane was present at all times during any animal action on the set of Westworld. The AHA has confirmed that the animals were well-treated, and the production received the designation of “No Animals Were Harmed.” We are reviewing the circumstances related to archival training footage which included one of the elephants that appeared in the series. Of course, none of this video was shot during the production and does not in any way reflect practices on our sets.

The thing is, the point isn’t to call out HBO for how they treat animals. The point is where their animals are sourced. How the trained animals they receive get trained in the first place. 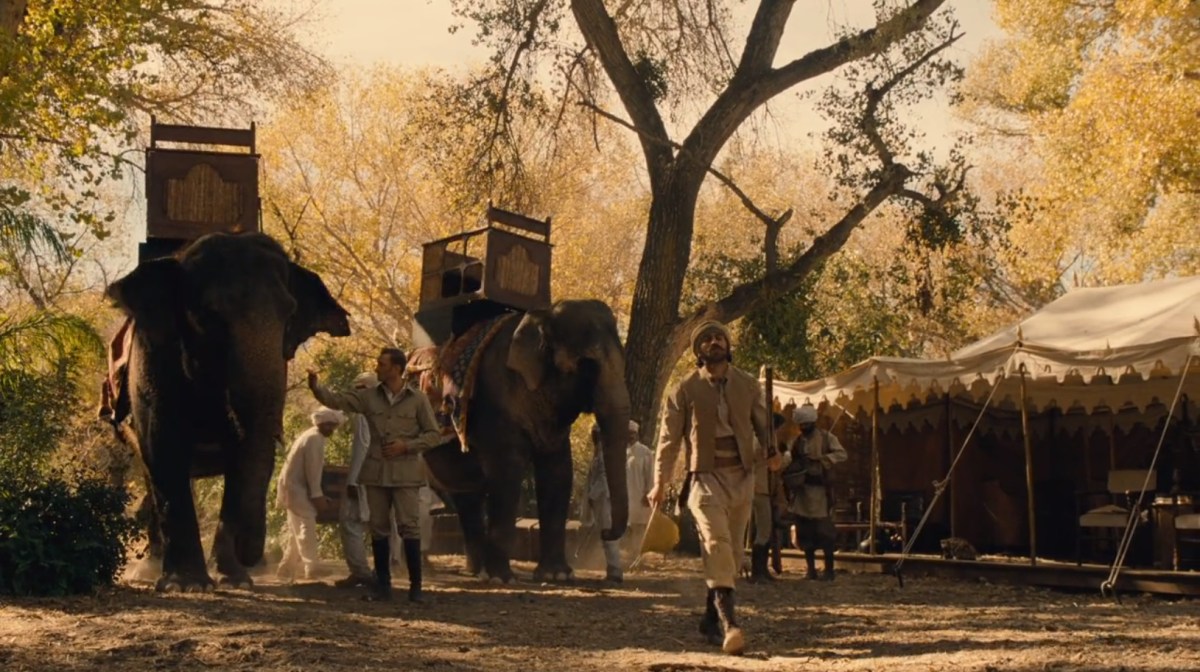 The training of wild animals is inherently cruel, because…well…they’re wild animals. They don’t naturally sit on chairs or balls in the circus, or have people riding on them. And the process to get them to do those things, at least in general practice, is even crueler. Beatings, tying the animals down, or the use of bullhooks are common practice, not just for this one company, but industry-wide.

I don’t know that there is a way to gently train an elephant to allow humans to ride on it, but if there is, most companies out there don’t seem to be doing it.

Now, here’s the part where I say that I’m not an animal rights activist. Like, at all. I eat meat, and I haven’t always been PETA’s biggest fan, as their methods are often problematic. That said, I’m also not a fan of cruelty. While animal rights aren’t an issue that I have given much thought, stuff like this—particularly in relation to one of my favorite shows—forces me to and gives me pause.

And the thing is, trained house pets and animals like horses are different. Those animals are already domesticated. This is specifically regarding wild animals trained for human entertainment. There’s really no need for it, and public opinion on whether or not we should, has drastically shifted, causing the closure of Ringling Bros. circus, and several other shows to discontinue the use of elephants. Attendance at Sea World has dropped off significantly since the harrowing documentary Blackfish about orca whales in captivity because our amusement is not a good enough reason to subject an animal to physical and psychological abuse.

I don’t believe that animals and human beings are equal. I do believe that how we treat animals is a reflection of how we’re willing to treat each other. Westworld is a show about how hugely cruel it is to create a life only to keep it in captivity and abuse it for our own amusement. If we can extend that way of thinking to A.I. and robots, shouldn’t we be able to do so for animals? Or is it only cruelty when the abuse recipient has a human face?

Westworld has finished production on the season, and have likely already used whatever bears they were going to use, so it’s too late for that. What I hope is that this causes them to rethink the future use of wild animals, or at the very least that they’re more careful about where the animals they use come from. Still, in this day and age, there’s really no reason why we have to put wild animals in these positions.

Game of Thrones manages to CGI freaking dragons for Daenerys to ride. Surely HBO can VFX some gosh-danged elephants.