Winter Is Not Coming To Netflix: HBO Destroys All Hope Of Streaming Partnership 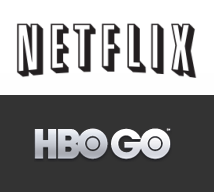 On Tuesday, Netflix CEO Reed Hastings sparked a shadow of a glimmer of a hope that Netflix might one day work with HBO. But today, HBO stated very firmly that nope, HBO is never going to partner with Netflix, so if you want to watch Game of Thrones so much, go and get it in a ginormous bundle full of other stuff you’ll never even look at.

Hastings wrote in the letter to Netflix shareholders:

While we compete for content and viewing time with HBO, it is also possible we will find opportunities to work together – just as we do with other networks.

A rather weak indicator of a partnership, if you ask me, but HBO spokesman Jeff Cusson decided to make things very clear anyway:

We are not in discussions and have no plans to work with Netflix.

HBO’s own on-demand service, HBO Go, does stream its content to computers and mobile devices, but it only comes with a full HBO subscription. Take My Money, HBO! attempted to make HBO Go a standalone subscription, but HBO shot that down too.

And so our days dawn ever bleak, as we furtively acquire further news of Westeros via unsavory yet necessary means. The things I do for love.