With New Google Deal, You Can Finally Watch Game Of Thrones On Something Other Than HBO 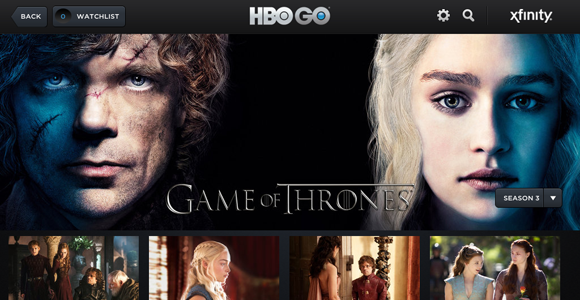 Fans of HBO series like Game of Thrones have often expressed their disdain for not being able to legally watch the show on anything but the paid cable network. That’s changing as HBO has made a deal for their series to be available on Google Play for the first time.

Although it had been suggested in the past HBO GO might some day be available to non-subscribers, cable company Time Warner was still against it for obvious financial reasons. Even though Game of Thrones was the most pirated television show of 2012, it seemed a logical work around was still a ways off. But we finally have some good news in that regard.

While it’s already rolled out in America, UK viewers will get access soon.

“We are delighted to bring our wide range of programming to Google Play in the UK, and expand on our existing relationship in the US,” said Colin Smith, director of international digital distribution for HBO. “This is an exciting time for HBO in the digital space and we can’t wait to work with Google over the coming weeks and months to deliver all of our series and films to their platform, including a host of new and returning HBO shows throughout 2014.”

Older series, like The Wire, will start to become available on Google Play in the UK by next week. Prices range from $2 – $3 an episode and $19 – $29 for full seasons. Still no word on how quickly new episodes of these shows will become available on the service but it’s certainly a step in the right direction.