It’s There for a Reason: Studies Suggest Pubic Hair Removal Can Be Hazardous to Health 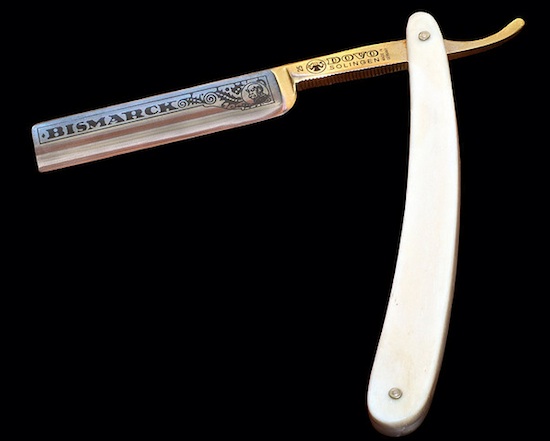 Every once in a while, a study comes along that demands my undivided attention. This week, I encountered such a study, and before you ask, yes, of course it involves pubic hair. Well, technically speaking, it involves a notable lack of pubic hair. A small study at a French health clinic found that Molluscum contagiosum — a pox virus normally rare in healthy adults — was becoming more common in at least one class of adults. 28 of 30 cases of the virus reported at the clinic were in men and women who had eliminated all traces of pubic hair.

The denuded crotches were mostly the result of shaving, with clipping and waxing also popular methods of laying bare the crotchal region, and, interestingly, the virus was much more common in men, who made up all but six of the viral victims. Considering that symptoms of the the disease include skin lesions and “pearly papules” that can spread to the abdomen and thighs, this could be a sign that close shaves aren’t always the turn on they’re made out to be. No matter your gender, skin lesions and pearly papules aren’t a good look on anyone. It’s almost as bad as vajazzling.

Becoming more vulnerable to an uncommon virus, though, isn’t the only health hazard that can result from removing the hair down there. A study released in the December issue of the journal Urology suggests that taking a razor to every centimeter of your crotch is exactly as dangerous as it sounds. The study by the University of California San Diego found that the rate of emergency room visits related to crotch shaving skyrocketed in the first part of this century, increasing fivefold between 2002 and 2010.

The same study made some convenient suggestions for keeping yourself out of the emergency room with an injury that dare not speak its name, like making sure you have a slip-proof bathmat handy and are not inebriated while shaving your junk. I can’t believe that point even has to be made. But since it apparently does, let’s make it again to be sure it lands: Don’t shave your crotch while drunk or on drugs, no matter how good an idea it may seem. You are drunk or on drugs, you don’t have any good ideas. If it seems like you have a good idea, that is in fact a bad idea, especially if it involves your crotch.

Granted, the trend isn’t without its public health benefits. Some researchers have attributed falling rates of pubic lice to the increasing popularity of bald crotches among both sexes. Though we would point out that to date, we simply don’t have the data to say what psychic toll is being exacted by the recent infatuation with genitals groomed down to a prepubescent look. I for one suspect it’s higher than we yet know.

Look, I’m not about to cast judgment here. People’s bodies are their own to do with as they please, and cultural beauty standards are what they are — it’s not as if they were ever terribly kind or sensible to begin with. But there is a time to recognize that vanity comes with a price, and if that price involves a sharpened instrument in close contact with your genitals…maybe think twice.

And definitely don’t do it while you’re drunk. I’m genuinely disappointed that we even have to have that conversation.