Hawkeye's Arc Is Ugly in 'Avengers: Endgame' | The Mary Sue 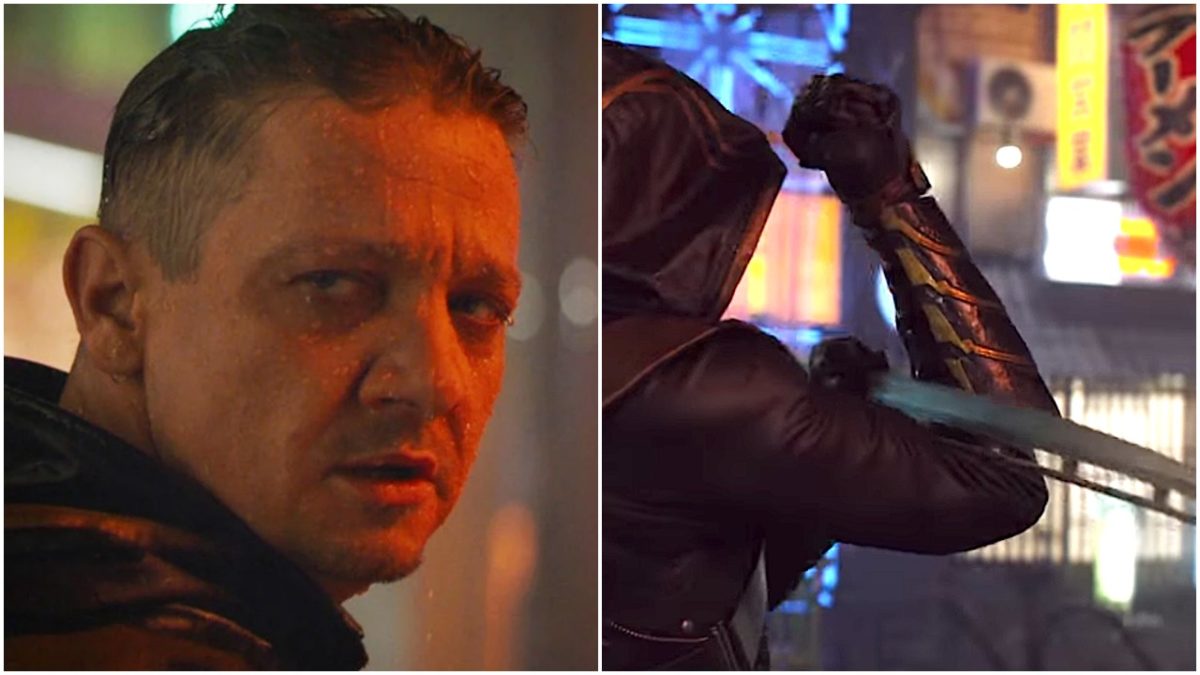 A viral thread on Twitter has a lot of people talking about an issue we’ve long had with Hawkeye’s positioning in Avengers: Endgame. Clint Barton, under the identity “Ronin,” becomes a vigilante serial killer—that we see, primarily of people of color—and not only suffers zero repercussions for these actions, but he has one of the happiest endings of the whole superhero team.

In April, writing about why Natasha Romanoff’s fridging and sacrifice instead of Clint was the wrong choice, we noted:

It should have been Hawkeye. He literally became a serial killer judge, jury, and executioner and murdered countless people instead of helping Natasha and the rest of the Avengers try to hold the fractious world together.

On Twitter, writer Kiernan Robinson made a similar observation this week that got the Internet talking.

Can we please talk about how everyone just kinda let Hawkeye get away with 5 years of being a serial killer? Like, I know he missed his kids but he brutally butchered large groups of people as a form of stress relief.

In typical Internet fashion, Robinson not only received responses from people who agreed or disagreed, but became a target of trolls. These delightful folks, who must be fun at parties, insisted that we are “pussies” for pointing out the fact that Hawkeye decided to turn himself into an unstoppable, lawless serial killer—and for suggesting that maybe the total lack of ramifications for his actions isn’t Endgame‘s best takeaway message. But, you know, we snowflakes can’t handle vicious slaughter without due process, etc. etc.

It’s also disturbing how many knee-jerk responses to Robinson’s tweet were of the “whatever, he was killing bad guys” variety. Hawkeye isn’t an authority in the countries where he was active. In fact, he’s just come off of house arrest for violating international accords that were meant to curtail superhero overreach. Yet he personally decided that for whatever reason, the “criminals” he targeted should no longer be able to live. His justification for doing so is because a space alien used a magical gauntlet to take his family away.

Also, to all the, “He’s killing criminals”, it’s implied that he’s mutilating them and also arbitrarily deciding who gets to live isn’t justice. He’s murdering people. Sure, not good people, but still people.

I think it might’ve been one thing if we’d seen Hawkeye thwarting dangerous crimes in action, rescuing civilians or seeming to help anyone beyond his own wounded soul. But we don’t. We see no evidence that Clint is assisting anyone at all. It’s not as if Endgame is precisely cheering for him as he goes along—Rhodey is disapproving when he tells Natasha what Clint did to a Mexican cartel, and in Japan, the man Clint kills speaks for the rest of us: “You’re crazy.” But Clint is still framed as a badass fighter in the same scene, and ultimately he faces no consequences for becoming Ronin.

I’m gonna also point out that the movie itself considers Clint’s actions wrong. When referring to his murders there is an ominous, horrific tone. It’s because they’re setting him up to die at the cliff. And then he doesn’t.

I agree with Robinson here. The better move narratively with the Ronin setup would’ve been to have Clint sacrifice himself for the Soul stone, his shot at redemption after years of carnage and the ultimate move to show how far he’d go for his family. But it was apparently more important to kill the Avengers’ main female character to induce further pain amongst the men.

No matter how you may feel about a vigilante taking the law into their hands and going after “criminals,” the biggest issue with Hawkeye’s activity is that we are only told of him mass-murdering people of color. Hawkeye’s not out in the American hinterlands challenging white supremacists. He’s in Mexico, taking out a cartel, and then he’s in Japan, piling a street high with Yakuza bodies. The great Hiroyuki Sanada, playing a “Yakuza boss,” deserved better than to be made to play out this trash scene that inexplicably involved swords.

Clint appropriates from Japanese culture for his new masked identity and proceeds to murder a lot of Japanese people.

As an Asian American living in Japan, I was especially angry about it and the lack of criticism it’s gotten in intersectional circles. I wrote about it: https://t.co/iLuxjZVk4D

This!! Note that his victims are distinctly people of color and that has bothered me since the first time I watched the film. Then these are people he deems as criminals but their only crime, by Clint’s own admission, is they survived the snap while others didn’t

Evil? Theyre the Yakuza, not the US Republican party. Really, if folks really think all of the corruption was easily dealt with in the US in under 5 years by frikkin Hawkeye then we’re on different planets.

Since I’m seeing a number of people who qwhite don’t get it, it’s *kind of* exhausting to see your race predictively used as disposable. Media influences culture and back around again. Not to mention, Hiroyuki Sanada is a Shakespearean trained actor reduced to an extra.

Then came the trolls. At least Robinson is expelling them from his thread swiftly and expertly:

Aw shit, I’ve been vanquished y’all. Time for me to pack my bags and go home. I can’t possibly compete with this level of argumentation, I am ded. pic.twitter.com/dQ64Nvpwoy

Who looks at a piece of criticism about a movie, disagrees, and instead of developing a counter argument, does this: pic.twitter.com/ts05vXSMLT

He did it y’all. He defeated me. Cut me down with facts and logic. I never saw it coming. pic.twitter.com/Zoja3n8ggA

Robinson reiterates that this is not an overall critique of Endgame but rather a big, unaddressed issue with Hawkeye’s characterization and the choices that the movie made with him. Had his arc been further addressed, and resolved in some other fashion, the actions he takes as Ronin could’ve come under a microscope for what they really were—brutal and out-of-control vigilantism.

Instead, Clint is immediately accepted back into the Avengers fold and gets a significant heroic role to play throughout the movie and into the battle and the end, when he’s reunited with his family and everything is hunky-dory on the family farm once more

It’s an extremely strange and troubling decision. If the movie at one point intended to take Clint to account for his actions, it dropped that ball. Clint’s was an extreme reaction to the Snap that the others did not resort to, pain or no, and it deserved no kind of reward. Thor also lost his entire family and all of his friends, but turned his trauma inward instead of killing strangers in foreign countries. Steve Rogers lost both of his best friends, and spent his time grief-counseling strangers. Natasha channeled her sadness into leadership and trying to keep the world from total conflagration. And on and on and on.

What does it say that the only Avenger who decided to take matters into his own hands by lashing out without principle and killing people gets back everything that he lost?

the avengers be like rhodey it’s fucking horrifying that you want to kill baby thanos. anyway clint nice to have you back from your serial killer gap year