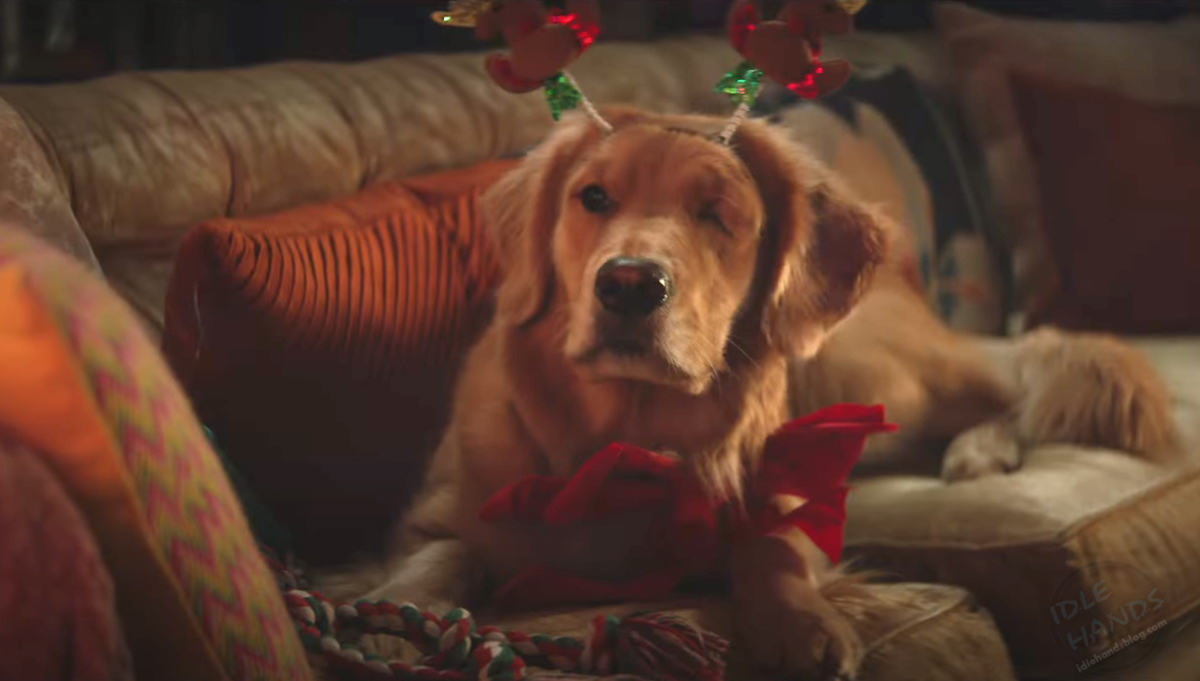 Hawkeye has brought us a great many things. We got to see Echo, we’ve met Kate Bishop, we’re going to see Yelena Belova once again, and all of them are wonderful and brilliant. But my favorite good boy is Jolt, who plays Lucky the Pizza Dog on the show and is somehow the stand out—maybe because he SMILED in “Echoes” and I knew I’d lay my life on the line for him just as Kate Bishop did.

Talking to Marvel.com, executive producer Trinh Tran talked about the importance of Lucky as a character and finding a way of weaving him into Hawkeye. Tran started by pointing out his significance, saying, ““In the comics, in Matt Fraction and David Aja’s run, Pizza Dog is number three on the call sheet.” Tran clearly knew of what Pizza Dog meant to fans of the Fraction and Aja run, which meant making Lucky and important part of Kate Bishop and Clint Barton’s story in the live-action format.

Tran went on to talk about bringing him into the story and making him significant to these characters: “It was a matter of how do we do it in an organic way that makes sense. So it doesn’t feel like a dog all of a sudden just appeared in the storyline and how did that happen? It ties into how the dog encounters Kate and shows her nature of wanting to be a hero, and this was a good deed that she did in order to rescue him.”

“Connecting them in a way that showcases her characters and her traits as a hero, but also bringing the dog in a way that made sense to the story,” Tran went on to say. “Along the way, Pizza Dog also builds that bond with Clint as well. So together, the three of them become this trio that forms that friendship along the series.”

Luckily for us, they got the best boy to play Lucky! Played by “good boy” Jolt, the dog is clearly beloved by those who work on the show, which is probably why he came out on top of the casting process. “We had several dogs; we had photos and we put the dogs on tape in terms of what they can do,” Tran said. “We went on from there, trying to really figure out which is the best dog to play Pizza Dog. And Jolt, our amazing dog on set, was cast for it.”

And it helps that Jolt works well with the cast of animal lovers—animal lovers who also recognize that our good boy Jolt is still a dog.

“It was so fun; I am such a dog lover,” Hailee Steinfeld said to Marvel. “The minute I knew Pizza Dog was as much a part of this show as he is, I was very excited. It was definitely a challenge; the dog is unbelievably well-trained — do not get me wrong — but it is a dog. When it sees a squirrel, it wants to have a moment with the squirrel.”

Would I lay my life on the line to protect both Lucky the Pizza Dog and Jolt? Yes, yes I would and I am not ashamed of how much I love this dog.