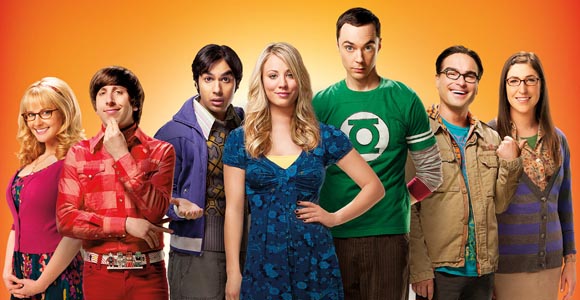 The Big Bang Theory takes a lot of crap from the nerd community. We have a hard time being happy, don’t we? The science is too sciency. The science isn’t sciency enough. Where are the women? Well we don’t like those women – give us some we can.

Don’t get me wrong: I like to pick apart a TV show just as much as the next girl. But I really love The Big Bang Theory, and the reason why might surprise you. I totally adore the women in the show. Yeah, I said it. I totally adore Penny and her Lady Posse.

I’ve heard from more than one source the women of TBBT are a problem. Penny was too much of a stereotypical airhead. Bernadette came along and threw up red flag after red flag while pairing beautifully with the least appealing male character in terms of behavior (at least in my opinion), and Amy was just a foil for Sheldon. None were “good” well-rounded female characters the nerd community could identify with. It probably didn’t help that they were all attractive in white, privileged, heteronormative ways – even when they try to “nerd” the women up with glasses or awkward body language, viewers can tell these are all women “fit” for TV with petite bodies, curves where they are expected to be, and appealing, nay beautiful, faces.

“Where are the women that look like me?” the crowds yelled through message boards and online forums. “Why do they all have to be models?”

I had to disagree with my online communities for once though. I love the ladies of The Big Bang Theory. For all the yelling that Penny is a blonde bombshell stereotype, she’s also pretty badass. From the first season right up to last week’s season finale, her character has been strongly rooted in a back-story which centers on her family. She moved to L.A. to become an actress and wasn’t above working other jobs to pay the bills while she auditioned. If the guys ever try to play knight in shining armor, she ends up standing up to the bully of the week and getting their stuff back. And once she becomes part of the group, she is protective of her friends and willing to learn from them while teaching them in areas where they lack skills – like “normal” social interaction. Call me crazy…but in terms of character? These are all really good things.

Bernadette and Amy have equally great moments even if they play towards nerd stereotypes more closely than I think Penny does. Amy’s introduction to the group through an online dating site and her subsequent story about how she’s only on this date to appease her mother is a situation I think a lot of women can identify with. We’re told “be whatever you want to be,” “be the best you can be,” but the second we hit 25 and are single, something’s wrong with us and family start to ask why we don’t have a significant other. Any woman who has made herself get gussied up to go out with a guy she has no knowledge of outside an online profile can identify with the situation, right?

I get that I’m pretty much the sample audience they’re aiming for though – I’m 30ish, white, educated and female. The show is about “nice” guys who want to find love. The women they cast are what I expect to see on TV. Would I love to see more diversity in the casting? Yes. Would I love it if they didn’t rely on religion jokes as much as they do? Sure. But all in all, the show makes me laugh and when someone employs sexism to insult or mock one of the female characters, she usually smacks him down with a tongue-lashing or she pulls the metaphoric rug out from underneath him.

I’m excited to see what next season brings. The ladies of The Big Bang Theory have come so far from “The Hot Neighbor” token female cast member, and it will be great to see what happens next.

Rachael Berkey has written for HelloGiggles, Huffington Post, BuzzFeed and My Damn Channel. She also has a personal blog, tumblr and twitter where she shares her musings on books, Star Wars and whatever TV show she’s currently streaming. She lives in Brooklyn where she is working on writing her first novel, haunts the internet as her alter ego, Bookoisseur, and is still hoping to someday have a pet dragon.