Hasbro Reveals ‘Doctor Strange in the Multiverse of Madness’ Toys, So Let’s Get to Speculating! 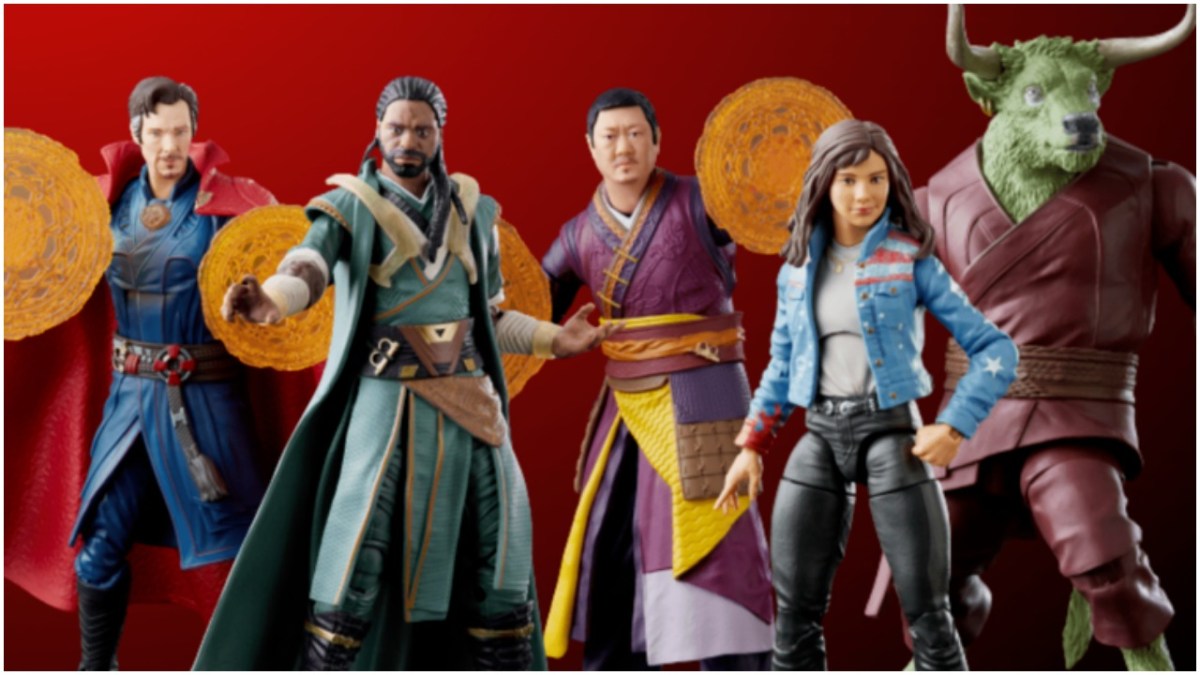 There’s two things we love more than anything: one is predicting what will happen in upcoming films and television series. The other is collecting toys. Naturally, these two interests have combined to form a Voltron-like fusion of new toy announcements and rampant plot speculation that fuels the nerdverse. So naturally, when Hasbro dropped their Legends line of toys based on ‘Doctor Strange in the Multiverse of Madness’, we flocked online to analyze these new action figures in an attempt to unearth plot secrets from the Marvel film.

So far, what we’ve seen backs up previous details from the highly anticipated sequel. There are three different versions of Dr. Stephen Strange available, which include Defender Strange (the costume he wears in a recent run of Defenders comics), Astral Form Strange, and the classic Strange in his cape. 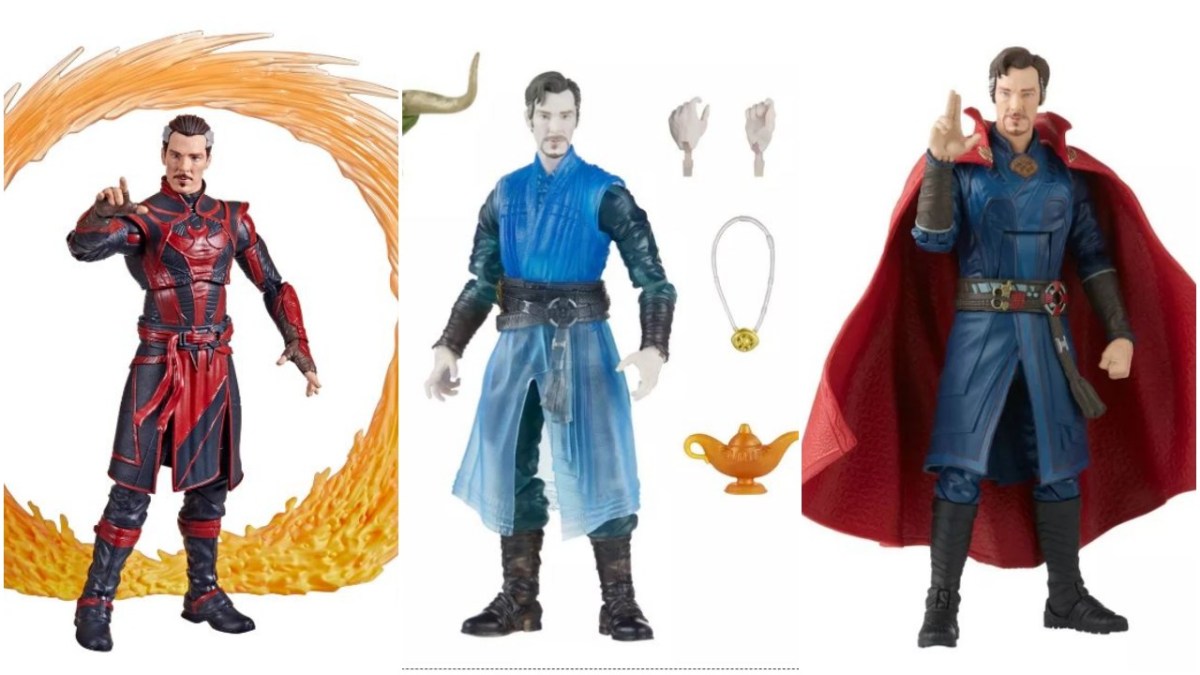 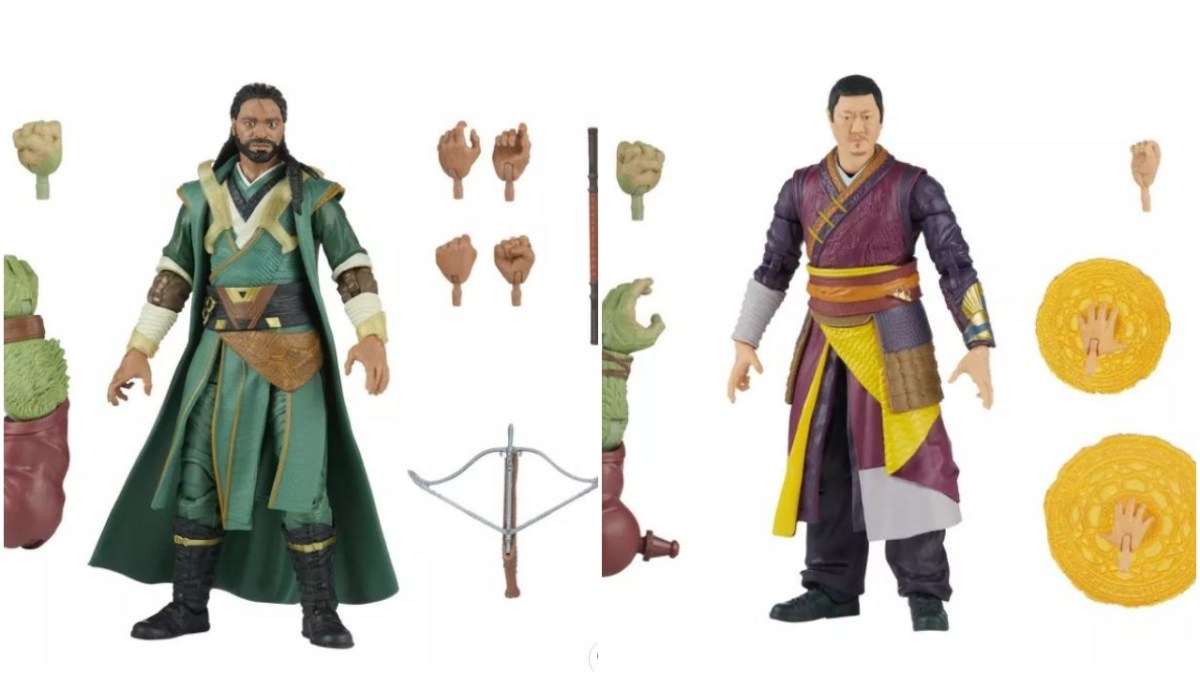 Finally, there’s a figure for America Chavez/Miss America, who will be played by Xochitl Gomez. All six figures contain pieces that can be combined to make build-a-figure Rintrah, a green minotaur sorcerer who was mentored by Dr. Strange in the comics. Rintrah is rumored to be voiced by Adam Hugill (The Watch, 1917). 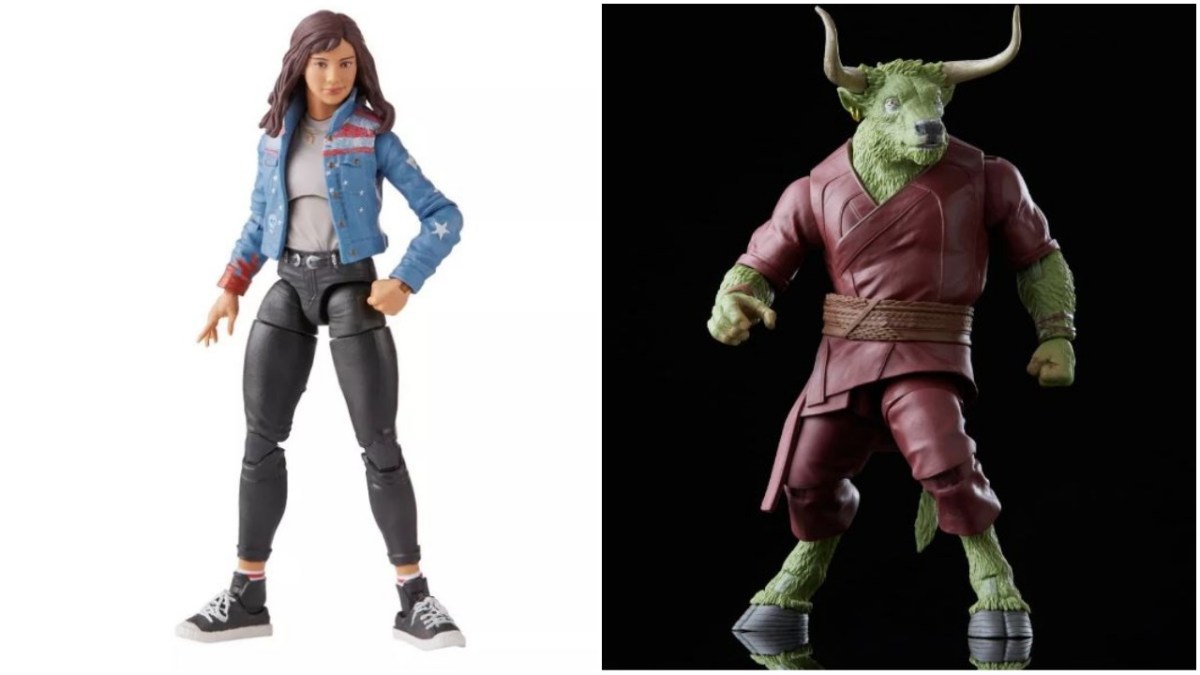 So far, Defender Strange is the most revealing toy drop in the line, which suggests a Strange from a different dimension dropping into the film. Defender Strange sees the Doctor without the Eye of Agamotto and the Cloak of Levitation. This Defender look first appeared in Matt Fraction and Terry Dodson’s Defenders series, which saw Strange working alongside Hulk and Manor to defend the planet.

This may mean that we’ll see Mark Ruffalo in the film (a safe bet as he’s one of the remaining Avengers). But we may also catch a glimpse of Namor the Sub-Mariner, who is rumored to be played by Tenoch Huerta (The Forever Purge) and will serve as the antagonist in Black Panther: Wakanda Forever.

But what’s more curious are the characters absent from the toy line. Why is there no Wanda Maximoff/Scarlet Witch toy? We already know Wanda appears in the film, but is her role smaller than we previously thought? Or is it being expanded in the reshoots which wrapped this week?

Inspired by both Loki and Spider-Man: No Way Home, the sequel is said to be including more character cameos and pop-ins from other dimensions, so the film can have “more fun with the multiverse.”

There’s also no sign of a toy for Rachel McAdams’ character Dr. Christine Palmer. LOL just kidding, no one cares about Christine. And of course, there will be more toy drops in the future before the film premieres. The Marvel Legends are currently available for pre-order today at Target, with Defender Strange as a Target Exclusive.

Doctor Strange and the Multiverse of Madness hits theaters May 6, 2022.

Doctor Strange in the Multiverse of MadnessHasbrotoys