Miss America is coming for my heart. 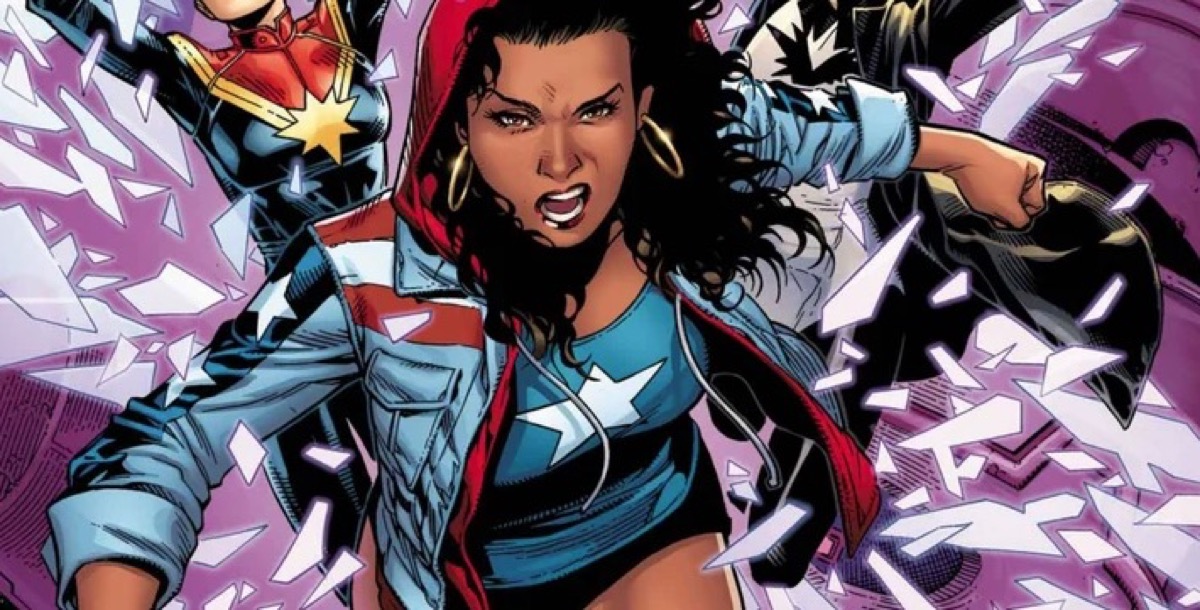 The Marvel Cinematic Universe has done plenty of amazing things. It has done character-defining story arcs, given us superheroes to cheer on in spite of the dire circumstances of our world in 2021, and created a world worth investing in. What it still needs to work on is BIPOC and LGBTQ representation. And that’s where America Chavez, also known as Miss America, comes in.

America is the representation I’ve been waiting for.

And just the thought that she will be making her feature film debut in Doctor Strange in the Multiverse of Madness has me emotional and slightly teary-eyed. Why? Because we’ve never seen someone like America on the big screen in an MCU film. For one, she’s Latina. Yes, we’ve had Ghost Rider on Agents of S.H.I.E.L.D. and Miles Morales in Spider-Man: Into the Spider-Verse. But we’ve never had a Latinx superhero in a live-action feature MCU movie, let alone a Latina superhero.

That’s why I’m so excited for Xochitl Gomez to take on the role of America. From what I’ve seen on The Baby-Sitters Club, she’s got the drive to make an everlasting mark on the MCU. I’ve never gotten to see someone like her that looks like my people, speaks my language, or carries my traditions as a Latinx woman enter into that big-picture Marvel multiverse as a superhero. It’s about time, and I can’t wait.

Knowing that Gomez is currently working on Doctor Strange 2 gives me this euphoric feeling of hope and belonging that I haven’t experienced since I watched Wonder Woman cross “No Man’s Land.” Because representation changes people. It allows them to see themselves in a new light where they are the hero of the story and where they don’t have to settle for whatever Hollywood is currently giving them.

Because just as America being a Latinx superhero can change a person’s life and make them feel like they can be the hero of their own story, so can being part of the LGBTQ community. For people like me, who identify as Latinx and queer, this feels like a double whammy that I never expected to have but that I’m so glad to be experiencing because again, representation matters.

I am now counting down the days until Gomez comes to life on my screen as Miss America. I just know that I’m going to have the same reaction I did in Wonder Woman and Captain Marvel. But this time around there will be an even bigger dose of authenticity based on the fact that she’s like me and so many of my Latinx sisters, brothers, and non-binary folks. And I can’t wait!