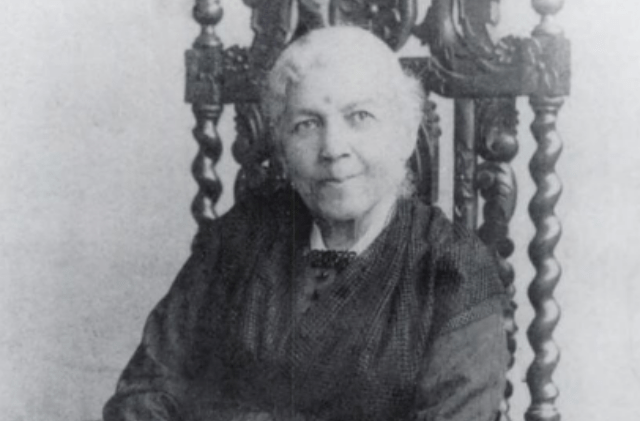 Born into slavery to parents Elijah and Delilah Jacobs in 1813, Harriet Ann Jacobs grew up in Edenton, N.C. Her childhood was happy for the first six years of her life. After the death of her mother, Harriet was sent to live with her mother’s mistress,  Margaret Horniblow, who taught Harriet to read, write and sew. Her life there was also content, and Harriet had hopes of being emancipated until Horniblow died. Unfortunately, Harriet became the property of her de facto master and harasser, Dr. John Norcom.

We know much about Harriet’s experiences in slavery because she had the education to write it down. According to her John Norcom was well known for raping his female slaves and fathering children that then became his property.

“The secrets of slavery are concealed like those of the Inquisition,” she wrote. “My master was, to my knowledge, the father of 11 slaves. But did the mothers dare to tell who was the father of their children? Did the other slaves dare to allude to it, except in whispers among themselves? No indeed? They knew too well the terrible consequences.”

Norcom sexually harassed Harriet when she came of age and refused to allow her to marry, regardless of the man’s status. His attention caused his wife to lash out violently against Harriet. Harriet took Samuel Sawyer, a free white lawyer, as a consensual lover, and he later became a member of the US House of Representatives. They two children, Joseph and Louisa, however despite their father being free, her enslavement meant they were born into slavery and Norcom was their master.

Using a mother’s love against Harriet, Norcom would often threaten to sell the children if Harriet rebuked him. After hearing that he planned to put them to work, Harriet escaped, knowing that she was the true subject of Norcom’s ire. Harriet escaped and went into hiding, living for seven years in her grandmother’s attic, a crawlspace that was nine feet long and seven feet wide.

“Season after season, year after year, I peeped at my children’s faces, and heard their sweet voices, with a heart yearning all the while to say,‘ Your mother is here.’ ”

She spent days and nights with rats and mice crawling over her denied light and ventilation. Once Sawyer bought their children from Norcom, they were raised close to Harriet so she could watch them grow. Even so, she had to stay quiet and hidden. She was now a fugitive slave. 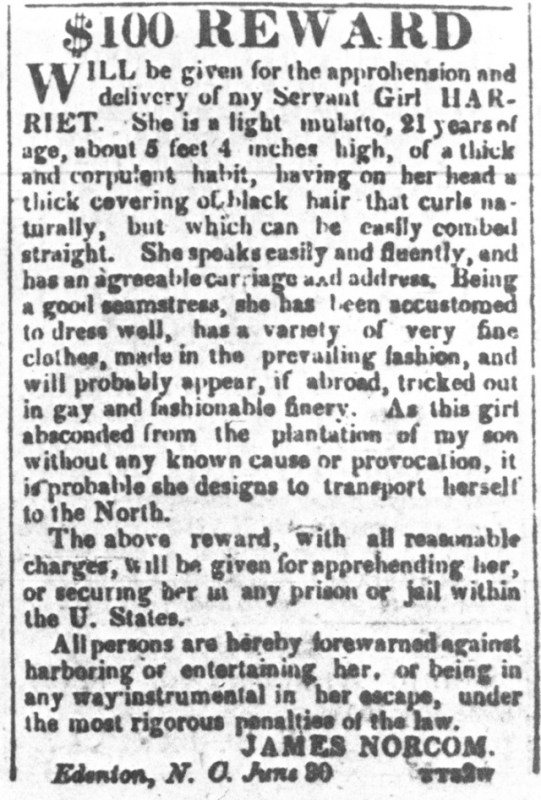 In 1842 Harriet escaped  North by boat to Philadelphia, Pennsylvania.  Harriet traveled between New York and Boston, working as a nursemaid for the family of Nathanial Parker Willis. All the while, the Norcom family continued to seek her out in an effort to re-enslave her. In 1852, Harriet’s employer Mrs. Cornelia Willis arranged for Harriet’s purchase and freed her.

When Harriet Beecher Stowe, author of Uncle Tom’s Cabin wanted to use Harriet’s story in her book, it motivated Harriet to write her own account.

What would eventually become Incidents in the Life of a Slave Girl was not Harriet’s first written work.

Tyler’s letter, which you can read at The New York Times if you have a subscription, is very much in line with the ideas exposed in the “Cult of Domesticity.” The Cult of Domesticity was a concept first introduced by Barbara Welter in 1866 but was a part of the folklore of white womanhood far before then. It spoke of women as being the “light of the home” and their main duties being:

Works like Incidents and Our Nig highlighted the hypocrisy of these ideas when it came to black slave women, as their purity and inherent goodness were denied to them as women because of their blackness.

Over the next several years, Harriet continued to write her memoir, as well as letters to newspapers. In Incidents, she changed the names of all the people she depicted, including her own, to protect their true identities and from any adverse reaction. The slave owner “Dr. Flint” was based on Norcom.

Harriet Jacobs and her editor, Lydia Maria Child, whom we’ve spoken about before, were trying to sell Incidents in the Life of a Slave Girl. In May of 1861, John S. Jacobs, Harriet’s younger brother, published a condensed version of her book in London called A True Tale of Slavery. This book covered much of Harriet Jacobs’ story, but it excluded the account of sexual harassment. It was eventually published in full later in 1861.

The book received acclaim when it was published, but it lost a lot of traction during the Civil War. The authorship was also up for debate. Many felt like it was written by Child or Stowe and that it was just a novel. Harriet’s story re-entered the public sphere in the 70s and 80s.

Throughout the Civil War, Harriet and her daughter both worked to educate and help freed black people until she died in 1897. Her 205th birthday will be this Sunday.

Incidents in the Life of a Slave Girl was the first time the sexual trauma and experiences of black slave women was explored by a black woman. Harriet put her pain out to the world for everyone to read, and while people doubted—it wasn’t until 1981 that the story was “verified“—she still had the courage to speak her truth. Not to mention the physical trauma of having to stay in that tiny prison for years just to be close to the children she had to run away to protect.

One final interesting fact I found when researching this story was that Incidents has become a bestseller once more: in Japan. Yuki Horikoshi, a Japanese woman, fought to have it published in Japan. “There is definitely an imbalance in Japanese society. There are many girls who live outside of Tokyo who can only see themselves as becoming a school teacher or a nurse, at best. They face adversity. But this is the story of a woman who was born a slave, who fought against all odds, who learned to read and write and eventually won her freedom. I hope that the girls and boys who read this realize that they can do anything they want, become who they want, if they apply themselves. There are people who’ve faced worse odds. This is a story about triumphing over adversity.”

For Horikoshi, the story of Harriet Jacobs was important for Japanese women, and they agreed—because the book’s hardcover edition won Keibundou-shoten’s best literary book award in 2013. “I felt a great affinity for this author as I was reading. She became my friend. And I wanted Japan to know her story and learn from her experiences.”

The American Slave Coast: A History of the Slave-Breeding Industry by Ned Sublette
The Breeding of American Slaves: True Stories of American Slave Breeding and Slave Babies by Stephen Ashley
The Price for Their Pound of Flesh: The Value of the Enslaved, from Womb to Grave, in the Building of a Nation by Daina Ramey Berry