All the free stuff of NYCC with none of the hassle.

Harper Voyager is at NYCC all weekend with some great reading material, but that doesn’t mean those of you who can’t (or don’t want to) make the trek to the con are left out. You can play along at home by getting in on some sci-fi and fantasy e-book giveaways!

The giveaway page goes live today at 2PM eastern over on the Harper Voyager site, and only 500 copies of each book are available, so keep your eyes glued right here—the page is now live right here!—(or to their Twitter account) for the link to snag yourself some freebies. Latecomers won’t miss out completely, though, as the giveaway will switch over to 3-chapter excerpts when initial supplies are exhausted. Here are the titles they’ll be giving away: 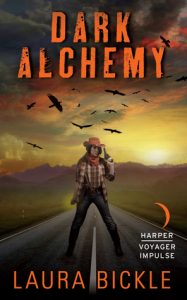 “Geologist Petra Dee arrives in Wyoming seeking clues to her father’s disappearance years ago. What she finds instead is Temperance, a dying western town with a gold rush past and a meth-infested present. But under the dust and quiet, an old power is shifting. When bodies start turning up—desiccated and twisted skeletons that Petra can’t scientifically explain—her investigations land her in the middle of a covert war between the town’s most powerful interests. Petra’s father wasn’t the only one searching for the alchemical secrets of Temperance, and those still looking are now ready to kill. Armed with nothing but shaky alliances, a pair of antique guns, and a relic she doesn’t understand, the only thing Petra knows for sure is that she and her coyote sidekick are going to have to move fast—or die next.” 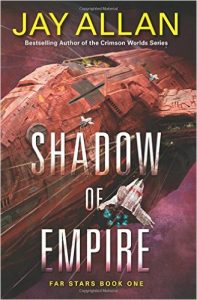 Shadow of Empire by Jay Allan

“Smuggler and mercenary Arkarin Blackhawk and the crew of the ship Wolf’s Claw are freelance adventurers who live on the fringe of human society in the Far Stars. A veteran fighter as deadly with a blade as he is with a gun, Blackhawk is a man haunted by a dark past. Even his cynicism cannot banish the guilt and pain that threaten his sanity.

Sent to rescue the kidnapped daughter of his longtime friend Marshal Augustin Lucerne, Blackhawk and his crew find themselves drawn into one deadly fight after another. When the Wolf’s Claw is damaged, they are forced to land on a remote planet subsumed by civil war. Pulled unwittingly into the conflict, they uncover disturbing information about secret imperial involvement that could upset the plans of Lucerne.” 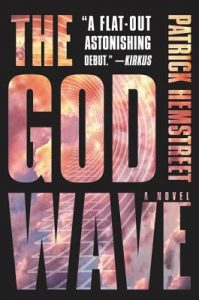 The God Wave by Patrick Hemstreet

“For decades, scientists have speculated about the untapped potential of the human brain. Now, neuroscientist Chuck Brenton has made an astonishing breakthrough. He has discovered the key—the crucial combination of practice and conditioning—to access the incredible power dormant in ninety percent of our brains. Applying his methods to test subjects, he has stimulated abilities that elevate brain function to seemingly “godlike” levels.

These extraordinary abilities can transform the world, replacing fear and suffering with tranquility and stability. But in an age of increasing militarization, corporate exploitation, and explosive technological discovery, a group of influential power brokers are determined to control Brenton’s new superbeings for their own manipulative ends—and their motives may be far from peaceful.” 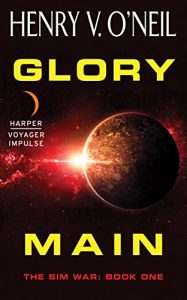 “For decades, mankind has been locked in a war with an alien enemy that resembles the human race so closely they are known as the Sims. Both sides battle for control of habitable planets across the galaxies—often at any cost.

Lieutenant Jander Mortas is fresh out of officer training and new to the war zone but eager to prove himself. There’s just one problem: disaster strikes while he’s traveling to his first assignment. He wakes to find himself marooned on a planet that appears deserted, with the only other survivors: a psychoanalyst, a conscientious objector, and a bitter veteran of a brutal slave-scout detachment. As the group struggles to reach safety on a nearby base, Glory Main, they discover a Sim colony—which could mean their salvation, or their demise.”