Be Still Our Hearts: Sony Supposedly Asked Dan Harmon to Return to Community

We need help reacting to this. 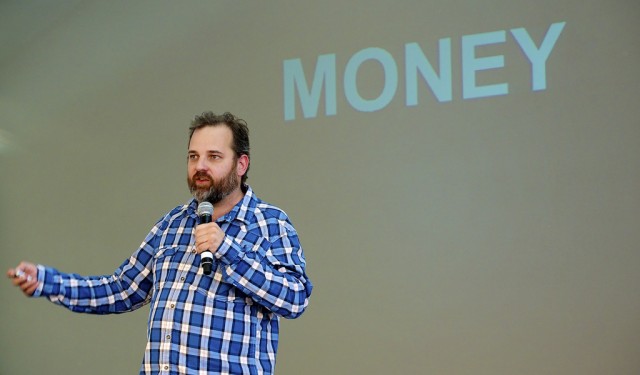 Good news for people who thought last season of NBC’s Community just didn’t feel right — apparently creator and former showrunner Dan Harmon let it slip in an recent episode of his podcast, Harmontown, that he’s been asked to return to the program after being unceremoniously dumped by Sony at the end of Season 3. Cool! Cool cool cool.

The podcast episode in question doesn’t seem to have dropped yet, but a member of the audience at a live taping at Nerdmelt in Los Angeles yesterday wrote that Harmon confirmed he’d been asked back. “He jokingly said that he would only return if they brought Chevy Chase back too but even he couldn’t stop laughing at that idea,” the post stated.

Rumors of Harmon’s return have been circulating ever since it was announced that Community would be picked up for a fifth season and that Chevy Chase would not be returning. Chase and Harmon have notoriously not gotten along very well in the past, though many theorize that Harmon was dropped for monetary reasons rather than any animosity within the cast.

It’s unclear whether this means that Harmon is an absolutely sure thing for next season — he only said he was asked back, not that he’s actually going to return. Given that Community is Harmon’s baby, however, I’m pretty optimistic that he’d want to come back under the right circumstances. Hopefully that’s what’s happening now, because I swear, my little heart cannot take any more Community-related drama, you guys. This better be true, or I am locking myself into the Dreamatorium I made in my closet, and I am never coming out.

(via Hollywookie.com, image via Rex Hammock)