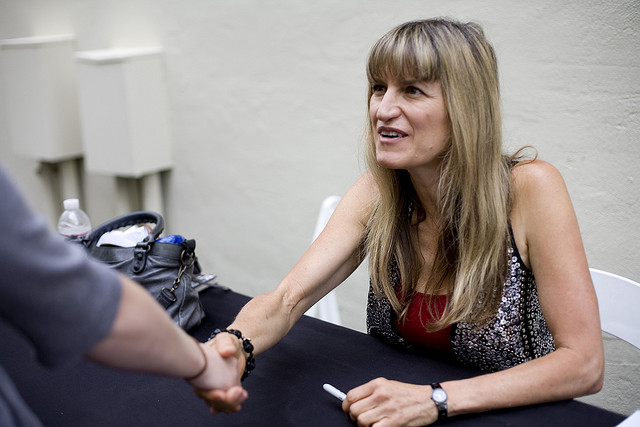 Catherine Hardwicke, a female studio director best known for directing Twilight, has been very vocal about combatting the bias against female film-makers. Although I’m not a huge fan of Twilight, I wanted to be happy for her when it was announced she’d direct a $50 million budget female-led romance epic titled Loulan. After all, that’s huge deal in an industry that so strongly favors men. Lots of the Twilight cast have gone on to do pretty cool stuff, maybe it’ll be the same for Hardwicke. However, after reading about the premise of the film I have to say my feelings are pretty mixed.

Loulan builds on the story of a lost kingdom and the mystery behind a mummy “with European features” that was discovered in Western China in 1980. The mummy, nicknamed “The Loulan Beauty,” was well known for its preserved beauty. The film, set in 200 BC, follows a princess and a descendant of that mummy. It will be the first film in a trilogy, says Hardwicke.

We have the princess, who is in a kind of neutral kingdom at the nexus to the Silk Road, Loulan, and she’s trying to keep peace and stay neutral, try[ing] to stay like Switzerland between the Huns to the north and the Han dynasty to the east.

The princess will likely be played by an white actress. (Side note: News sources, stop saying “American or English actress” when you really mean “white actress.” American/English are nationalities, ya goofs). The common trope of putting a super-special white character in the middle of a foreign setting is pretty exhausting at this point. It also has a history in pro-colonization literature, so, yeah.

Now, this skepticism really isn’t meant to be a personal attack on Hardwicke. It’s a larger distrust towards Hollywood and its tendency to treat people of color as props and historical context as negligible details. The film will portray the cultural interactions of the Silk Road, between Persians, Indians, Greeks, Romans and Chinese and I don’t know if Hardwicke is qualified, or if she’ll find someone qualified to help her avoid that fetishist Orientalist junk. I’ll try to hold off on criticism since all I have are minor sketches and details of the story, although it’s already looking very familiar.

I’m also a bit doubtful because Harwicke admits that the project attracted her because like Twilight, it’s “a powerful love story that [i]s intimate yet ha[s] scope and scale and beauty.”

For a good Chinese love epic, I’m going to recommend House of Flying Daggers. Loulan will commence filming in 2016.