Men Who Are Fired for Harassment May Still Get Big Payouts, But We Wouldn’t Know

But Elizabeth Warren is trying to change that. 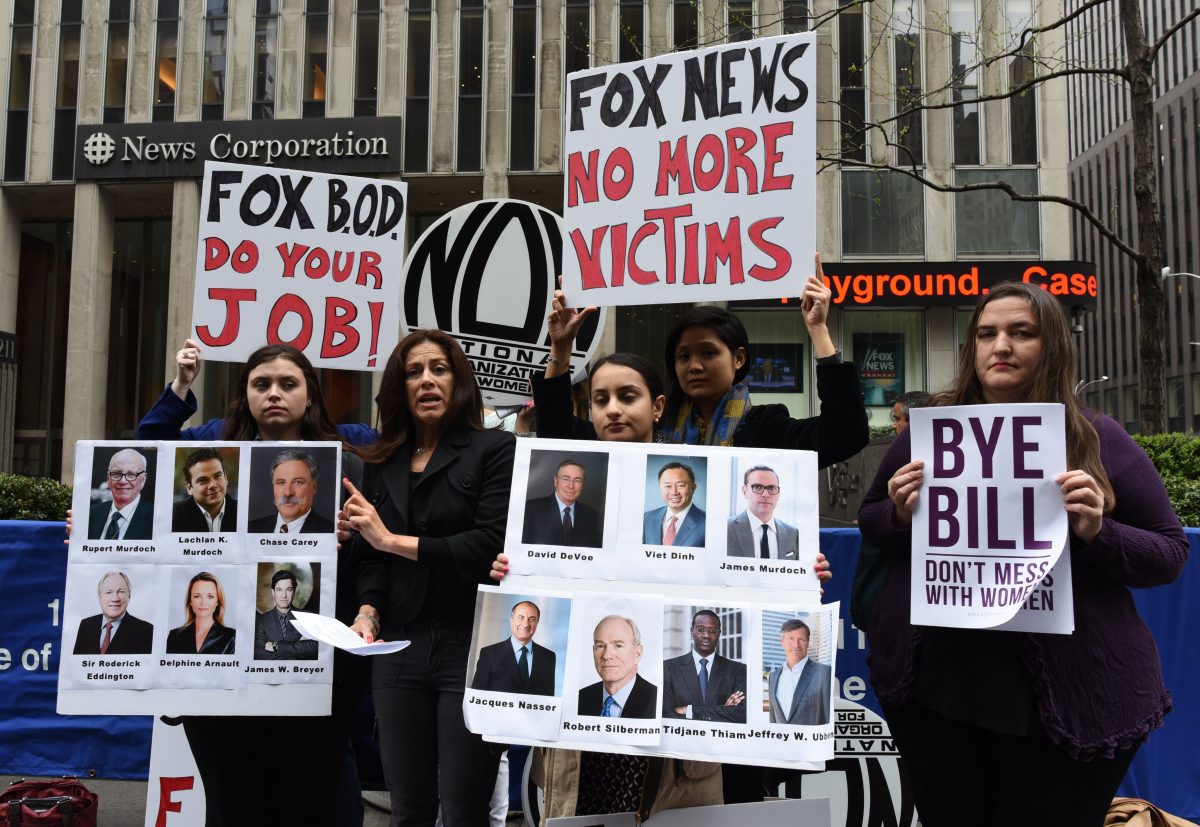 As more and more prominent, powerful men are having to face consequences for their alleged sexual misconduct in the workplace, it feels like a tiny bit of balance being restored. Seeing men like Roger Ailes, Bill O’Reilly and Harvey Weinstein lose (or leave) their jobs, along with much of their reputation, it’s satisfying to see a stand being taken. (I don’t even care that it’s clear most of these companies are taking action to save face and money, rather than it being any sort of moral stand. I’m just happy to see things moving in this direction.)

Much of that satisfaction is undermined, though, when it’s made known just how much money many of these men made off of their termination. As it turns out, acquiring sexual harassment allegations is a lucrative business. Roger Ailes, the former head of Fox News, left after multiple harassment claims from prominent anchors like Megyn Kelly and Gretchen Carlson were made public. He was reportedly given $40 million as severance. Bill O’Reilly reportedly made $20 million.

These payouts are so large, and so common, that it becomes bigger news when the man in question doesn’t receive a giant severance package. Matt Lauer was reportedly terminated without a so-called “golden parachute.” The same goes for Steve Wynn, the Las Vegas hotel mogul accused of harassing numerous employees as well as coercing some into performing sexual acts.

Yet, like much of the Me Too movement, these stories focus on high-profile cases of harassment and assault allegations. For every Matt Lauer, there are countless men in less prominent positions or industries who don’t make headlines. The details of their negotiations are often kept private, leaving a serious lack of transparency when setting precedent for how companies deal with allegations of sexual misconduct.

Similarly, there’s not much transparency in disclosing settlements made to the victims of workplace harassment and abuse. Oftentimes these settlements–many of which come in the form of severance, as the accuser is forced to leave her job–include nondisclosure agreements, prohibiting the accuser from speaking about their experiences. Not only does this shield the specific person being accused, but it also allows the company’s harassment track record to go unexamined.

Elizabeth Warren and Nevada Rep. Jacky Rosen have introduced a bill aiming to change that. Called the “Sunlight in Workplace Harassment Act,” it would require public companies to disclose the number of settlements they entered annually, as well as the total amount paid out. Companies would also have to report the number of discrimination or harassment complaints made that were investigated or litigated.

It doesn’t seem like workplace harassment should be a partisan issue, but it’s not surprising that it plays out that way. So far, only Democrats are backing the bill–Senators Ed Markey, Jeff Merkley, Dianne Feinstein, Dick Durbin, Richard Blumenthal, and Kirsten Gillibrand–although Rosen says several Republicans “have expressed interest in learning more about the bill.”

Similar bills have been introduced in recent months. Legislation has been proposed (by a bipartisan group!) that ends the process of forced arbitration, which requires employees to settle harassment complaints privately and internally. And the House recently passed a bill overhauling the process by which Congress investigate and resolve complaints of sexual harassment and similar issues.

As #MeToo has reminded us, sexual harassment occurs in all workplaces — from factory floors to corporate boardrooms. Our bill will help systemically expose workplace harassment and push employers across the country to aggressively prevent it. I’m working to make sure Congress prevents workplace harassment both within its walls and outside of them.