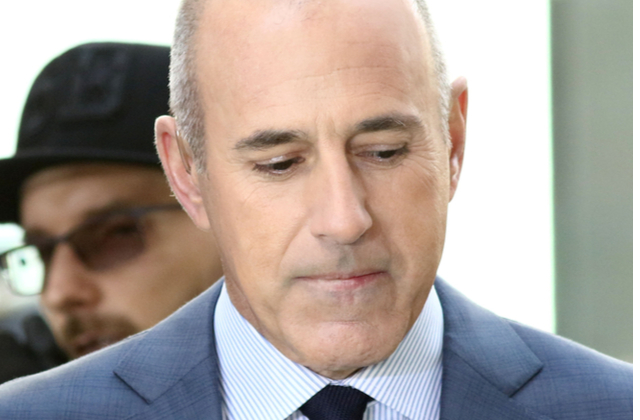 NBC fired Matt Lauer over allegations of sexual harassment and assault, but as we’ve seen before, from men like Roger Ailes and Bill O’Reilly, just because you’re leaving your career in disgrace, that’s no reason why you can’t pick up a couple tens of millions of dollars on your way out the door. Both of those men received hefty settlement packages because nothing says “I’m sorry, female Fox employees” like giving their abuser a $50 million farewell gift.

Lauer was reportedly seeking a $30 million settlement, and there wasn’t much reason to doubt he’d get it. He also had a contract in place through mid-2019, so there was a chance he’d get that payout in addition to another year and a half of his usual $20 million a year salary. You know, justice.

But NBC is reportedly refusing to make a settlement deal. They also say they won’t be paying Lauer anything beyond his last day of work. If there was a morality clause in his contract (which isn’t uncommon), NBC could cite that as reason to terminate his payments immediately.

Amazingly, his news career isn’t the only thing he might lose due to those morality clauses. Lauer and his wife own a farm in New Zealand, and apparently there is a clause built into their purchasing contract mandating that the holders of that lease “must continue to be of good character.”

Given everything we’ve read in the allegations against Lauer, I don’t think “good character” really describes him.