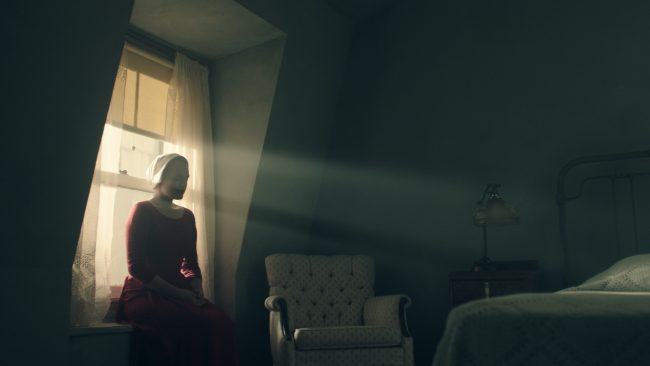 We’ve been looking forward to Hulu’s adaptation of Margaret Atwood’s The Handmaid’s Tale not only because it’s a fantastic work, but also because its themes about gender and subjugation feel timely, and as relevant as ever.

The drama series, based on the award-winning, best-selling novel by Margaret Atwood, is the story of life in the dystopia of Gilead, a totalitarian society in what was formerly part of the United States. Facing environmental disasters and a plunging birthrate, Gilead is ruled by a twisted fundamentalist regime that treats women as property of the state. As one of the few remaining fertile women, Offred (Elisabeth Moss) is a Handmaid in the Commander’s household, one of the caste of women forced into sexual servitude as a last desperate attempt to repopulate a devastated world. In this terrifying society where one wrong word could end her life, Offred navigates between Commanders, their cruel Wives, domestic Marthas, and her fellow Handmaids – where anyone could be a spy for Gilead – all with one goal: to survive and find the daughter that was taken from her.

In this first look, we see Moss as Offred in her Handmaid’s outfit. Women in Gilead are divided into groups, which are recognizable by the color of their clothes. Atwood incorporates a lot of color symbolism in the novel, and readers have interpreted the red Handmaid dresses as signs of passion, irony, sin, and more.

From the vividness of these images, it looks like color will faithfully play a big role in the adaptation as well. Check out the rest of the photos below: 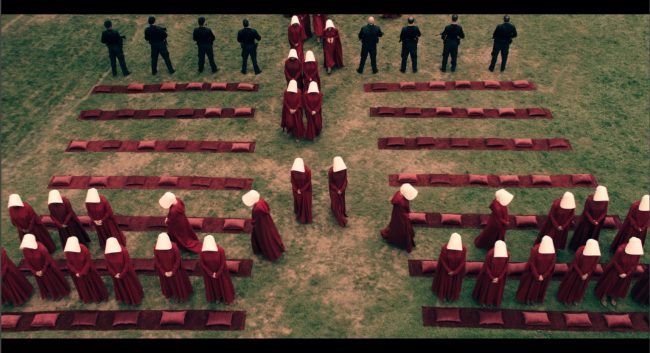 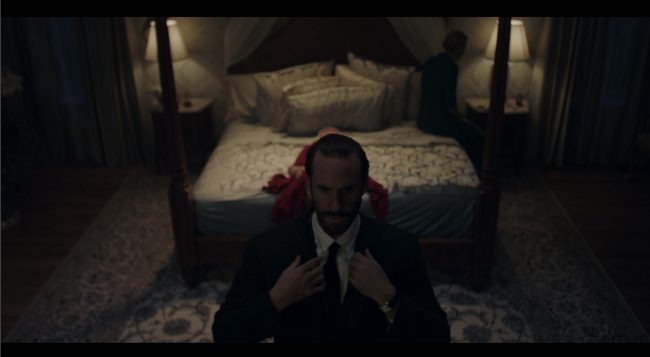 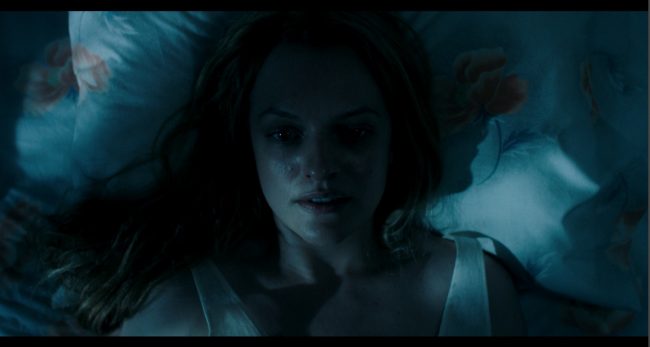 The ten-episode series launches April 2017. What do you think about the images?