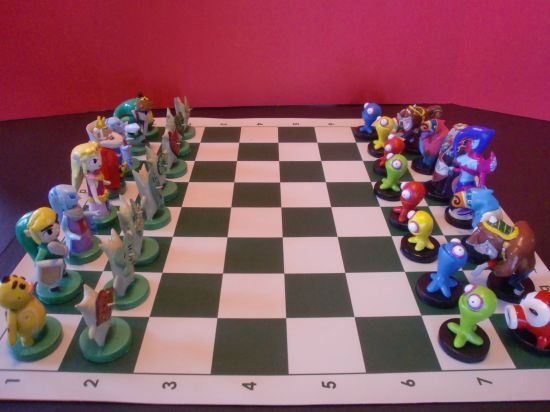 This chess set, using hand-crafted pieces from The Legend of Zelda, took designer Ben Howard of Fizz Man Industries three months to complete. Each piece is unique, even the ChuChu pawns, all of which are in a different pose. Howard seems to have opted not to go with any of the realistic Zelda design styles, but just like with the cartoony Zeldas, the cartoony style doesn’t affect the tried-and-true chess gameplay, right? The Zelda chess pieces were commissioned, but Howard doesn’t seem to make clear if the Windwaker-style design was at the behest of the buyer. Yes, the king and queen are in the wrong spots, but give Howard a break, he spent three months slaving away making ChuChu pawns. 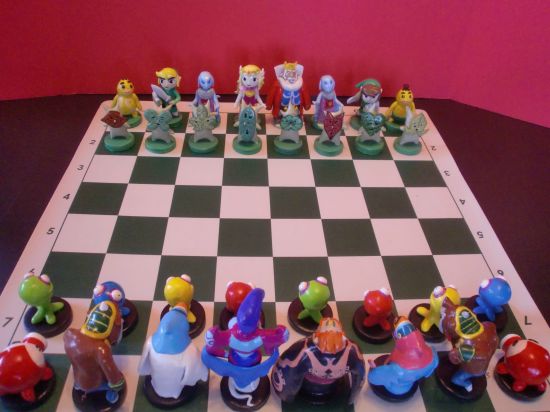 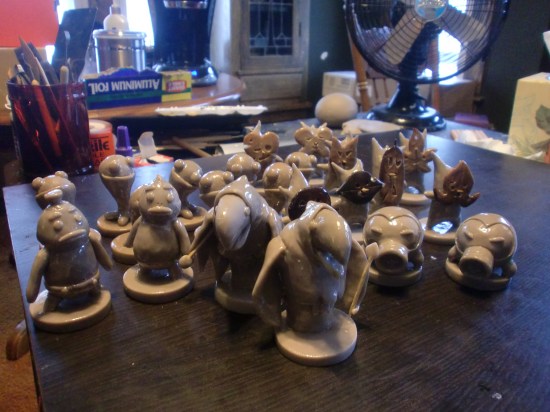