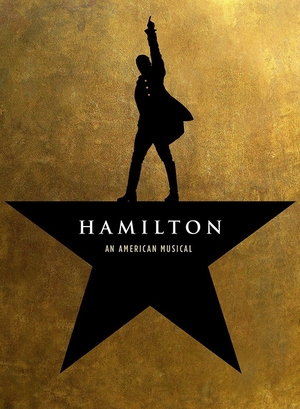 Hamilton has won great acclaim for many reasons, but the show’s decision to cast people of color in the overwhelming percentage of the roles definitely contributes to the production’s appeal. Broadway has historically been a majority-white, exclusive institution, and Lin-Manuel Miranda’s show not only stands out by virtue of being different, it also offers positive representation that many musical theater fans can’t find elsewhere.

However, the show is being criticized for language used in a recent casting notice for the upcoming tour that states the production is seeking “NON-WHITE men and women.” Attorney Randolph McLaughlin, of Newman Ferrara Law Firm, told CBS

What if they put an ad out that said whites only need apply? Why, African-Americans, Latinos, Asians would be outraged. You cannot advertise showing that you have a preference for one racial group over another. As an artistic question, sure, he can cast whomever he wants to cast. But he has to give every actor eligible for the role an opportunity to try.

Hamilton producer Jeffrey Seller told CBS “I stand by it and believe it to be legal,” and a press representative for the show says the notice was approved by Actor’s Equity. However, the union general counsel denied that a notice with language like that would have been approved. Instead of calling for non-white actors, a recent Hamilton audition notice approved by Actors Equity instead calls for performers of “all ethnicities.”

New York has a history of fining businesses for using exclusionary language like “bus boys” (as opposed to “bus staff”) in job postings, but CBS reports that the New York Commission on Human Rights “would likely work with the Hamilton production team to help it comply with city law if it takes issue with the ad.”

As of now, the Commission has not received a complaint about Hamilton. Personally, I hope they never do. I imagine it would be easy for the Hamilton producers to adjust the language in that casting notice, but white people like myself have been represented and held up as the default and ideal on Broadway for so long—for someone to feel sincerely, unjustly excluded by this notice, they’d have to ignore the countless other ways in which their privilege as a white person benefits their career.

I’m reminded of the people who protested the all-Black cast of NBC’s The Wiz last year. The Wiz was originally written as a direct response to the all-white cast of the Wizard of Oz film; in order to sincerely object to the NBC production, you’d need to be ignorant both of the history of that specific show and to the history of systemic mistreatment and exclusion of Black performers in the entertainment industry overall.

Similarly, for a performer to take personal offense to this Hamilton notice, they’d need to take issue with the entire message of the show itself. Kendra James, who describes the show as “part musical, part protest music,” wrote for The Toast last October:

The cast of Black, Latina, and Asian American leads emphasizes not only the reality of who actually built and expanded America (“we all know who’s really doing the planting,” Hamilton spits at Jefferson during Act 2), but also how irrelevant the Founding Fathers’ whiteness is to their claim on the country. For in Miranda’s Hamilton,America is claimed not by white men, but by the people of color onstage: “I’m just like my country / I’m young, scrappy and hungry / and I’m not throwing away my shot.”

Hamilton is a show about immigrants of color “getting the job done.” Given that, it would seem like nothing but a waste of white actors’ time to specify “all ethnicities” on a casting notice (unless, of course, that notice was referring to the role of King George, who’s currently played by Jonathan Groff), when the show’s message is best served by casting non-white performers.