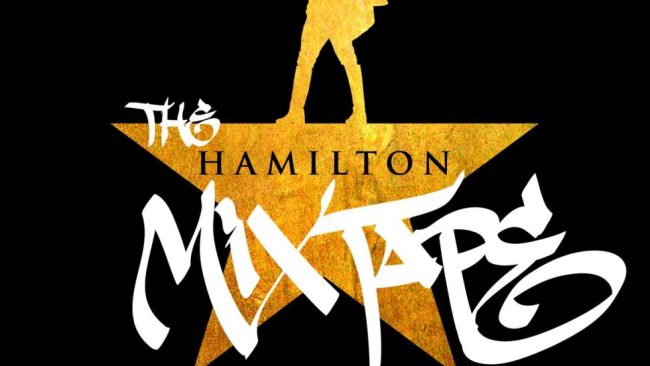 Yesterday, we rejoiced at the news that The Hamilton Mixtape would be available for pre-order today, allowing us to hear some of our favorite musical artists interpret some of our favorite songs from the Broadway smash, Hamilton. Today, we get to hear snippets of two of the more intriguing tracks on the list!

Thanks to the folks over at Pitchfork, we get to hear previews of the tracks performed by The Roots (featuring Busta Rhymes, Joell Oritz, and Nate Ruess of fun.) and Kelly Clarkson. First up, The Roots’ rendition of “My Shot:”

Hearing this really confirms just how smart Lin-Manuel Miranda was to make the connection between the story of our Founding Fathers and hip-hop. Listening to this song being performed not by a Broadway performer “doing” hip-hop, but by actual hip-hop recording artists (and the guy from fun.), it feels like this song could be a song on any hip-hop album. It sounds so good, you guys.

And then there’s the mega-talented Kelly Clarkson singing the heartbreaking “It’s Quiet Uptown:”

This was one of the tracks I was most excited about, as I knew that Clarkson’s vocals would capture the sadness of this piece. There’s definitely more of pop production value on this song that might seem jarring at first if you’ve been mainlining nothing but the Hamilton cast recording for a while, but on a repeat listen, you realize that the song is strong enough to come through in any genre.

It’s a testament to the strength of this material that it not only works on a Broadway stage, but can be placed in the hands of different recording artists from different disciplines and still sound great. The Hamilton Mixtape can be pre-ordered over at Amazon, and the above tracks are available for purchase now!