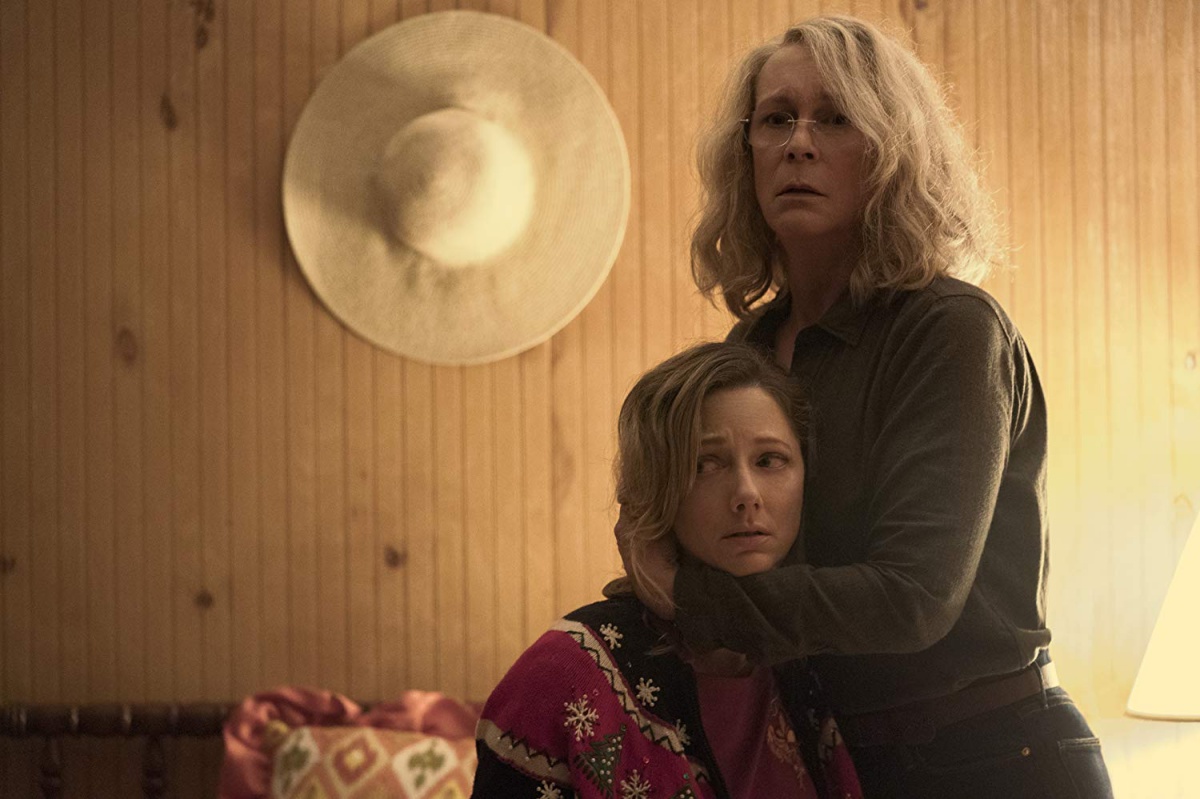 The David Gordon Green-directed and Danny McBride-written Halloween, released last year, was a smash horror hit. A direct sequel to the 1978 classic by the same name, the film was set in the present, in which Laurie Strode (Jamie Lee Curtis) has become a survivalist in the wake of her trauma, alienated from her daughter, Karen (Judy Greer), and granddaughter, Allyson (Andi Matichak). When Michael Myers returns to Haddonsfield, Illinois, the Strode women must face off against him, and they seemingly win.

However, this is Hollywood, so the sequel rule will prevail. It was recently announced that there would be two more Halloween films, Halloween Kills and Halloween Ends, to conclude the Laurie vs. Michael story. So far, all creatives have been brought back, and Curtis will also be starring.

Recently, producer Ryan Turek was asked about the future of the franchise, especially the decision to make a sequel after the seemingly concrete ending. Turek said, as reported by Entertainment Weekly, that “there were always musings of where we can go with it, but there was never any legit conversation until the film came out. And David always had something rattling in the back of his brain, him and Danny, always had an idea for kind of an arc—and it’s a wild arc! It’s crazy!”

What could be crazier than the showdown with Laurie that resulted in Michael being burned alive at the end of the last movie?

Most of my hopes for the franchise don’t actually revolve around the upcoming kills. One of my favorite things about the 2018 Halloween was that it was violent, but not aggressively so; outside of the gas station bathroom scene, the film felt very classic slasher rather than Saw movie. I hope that they maintain the reliance on suspense and tension rather than just making it a bloodbath, though I bet the body count will rise with each film.

I hope that all three leading ladies make it through the series okay, though I could see Laurie dying at the end of the third film or Karen being a sacrificial death in the second. While the screenwriting teams remain resolutely male, this is a story about women and generational trauma. I don’t want to see them get picked off one by one. Let’s have a little hope mixed in with the horror, as the like the triumphand ending of the 2018 film.

One of the best moments in the film was when Greer’s somewhat thankless mother role got to have her Big Damn Hero moment. We think she’s breaking down, but she’s only being loud to draw Michael’s attention so she can shoot him. It’s a fantastic little moment that showcases Greer’s talent, and I want to see Karen take on a larger and juicier role. How does Karen process both her unconventional childhood and her new trauma of being stalked, losing her husband, and nearly losing her mother and her daughter? Let Greer act, damn it!

Similarly, how does Allyson process her trauma? Will this be like a Sydney Prescott situation, where she and her family draw national media attention for their terrifying experience? Could social media play a role in the sequel?

There’s so much potential for the franchise to really comment on these women and make them even richer characters. While I’d love for a woman to be writing these films, if the male writers in charge just focus on making the commentary land a little better, an already great film could be even better. If Michael and Laurie must go, let them go out in style and with substance.

Also, if there must be a plot twist, let it be wild, but don’t let it be that Laurie and Michael are somehow related after retconning that out of existence. I’m sure there will be a third act reveal somewhere along the line, but please, just let it make sense.