Chris Hadfield Misquotes Yoda, But Has Enough Geek Cred To Get Away With It 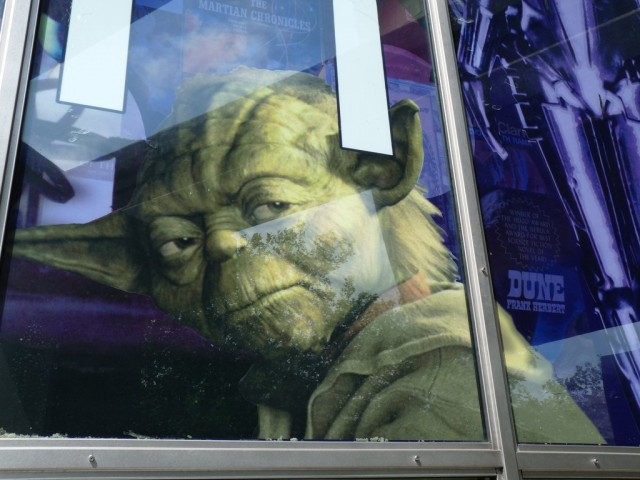 Yesterday was Star Wars Day, and everyone tried to ride the wave of “May The Fourth Be With You,” but some did it better than others. Surprisingly, geeky space heart-throb Chris Hadfield misquoted Master Yoda’s most famous line in a tweet. We’re willing to forgive Hadfield considering all the great things he’s done, but also because he sent that tweet from freaking space.

In The Empire Strikes Back Luke learns an important lesson about the nature of effort and accomplishment. When Luke says he’ll try to lift his X-Wing out of the swamp Yoda tells him, “Do. Or do not. There is no try.” It’s the line everyone goes to when they’re doing their drunk Yoda impressions at parties.

It’s a line practically every geek knows, but in a tweet yesterday Hadfield got it wrong.

There is no try – only do. May the 4th be with you. twitter.com/Cmdr_Hadfield/…

There’s no faster way to rile up geeks on the Internet than by getting a Star Wars detail wrong — right, President Obama? Considering the picture shows Hadfield Force-lifting the Earth, and that he’s done nothing but amazing things in space, we’re willing to give him the benefit of that doubt that he was just paraphrasing and not attempting a direct quote.

Even if he did just get it wrong, how can we stay mad at Chris Hadfield? Just look at those dreamy Canadian eyes. He may have gotten the Yoda quote wrong, but hey — at least he tried!