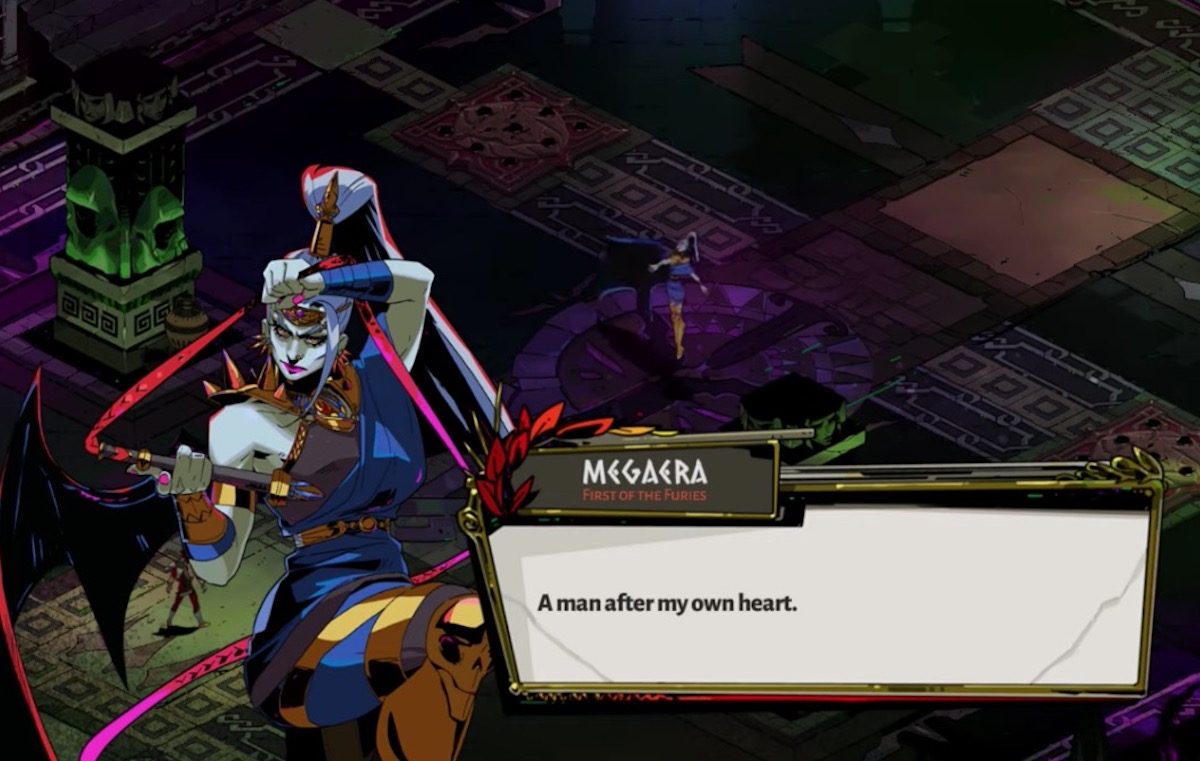 Can you have a crush on someone’s voice? In a world where Hades exists, yes, absolutely, no question.

If you’re playing the Supergiant Games indie hit, you’ve most likely developed some serious feelings for one, if not all, of the characters. The entire voice cast (yes, even Charon, I said it) packs the game full of sultry, broody, lustful one-liners, which is just what a game about Greek gods, demigods, and the like should be. It also helps take the sting off of dying over and over and over again.

While all of the characters are thirstable, the major standout is, of course, Megaera, the intimidating, deadpan fury sister with major dom vibes, whose constant beratement always somehow sounds like flirting.

Megaera fans might want to sit down for this because the actress who voices the character just gave us a major gift. Avalon Penrose posted a video to her Twitter account of her singing “I Won’t Say I’m in Love”—Meg’s iconic song from the animated 1997 Hercules.

Yes, it’s a MEG-MEG CROSSOVER EVENT. This is what the people want!

merry christmas no one asked for this but santa brought it anyway baby pic.twitter.com/ofJxx6fIVg

Penrose also shared this very cool explainer of how she gets into Meg’s voice.

for those of you wondering how i do Meg’s voice (+ a surprise at the end???) #HadesGame pic.twitter.com/hSBsKQTjFR

There are a lot of reasons why Hades has topped so many best-of lists and picked up so many awards and the amazing (and thirst-inducing) voice acting is definitely a big one.